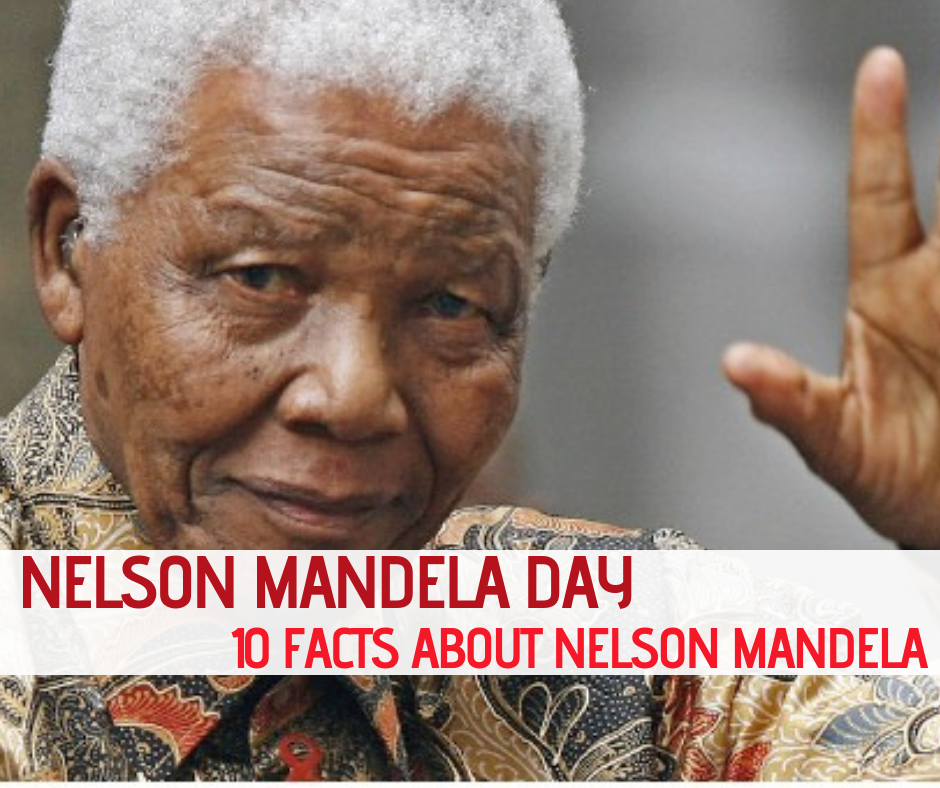 If Nelson Mandela was alive, today would have been his 101th birthday. As the world marks Nelson Mandela Day and over a centenary of the freedom fighter’s birth, here are 10 things you must know about Nelson Mandela.

4. Nelson Mandela was imprisoned from 1962-1990. He was charged with treason and conspiracy against the government, and sentenced to life in prison. When the ANC became legal again, Mandela was released.

5. Mandela married a First Lady. Before getting married to Nelson Mandela, Graca Machel was married to                  Mozambique President Samora Machel. She married Mandela after her husband’s death.

6. In 2009, the United Nations proclaimed Mandela’s birthday (July 18th) to be Nelson Mandela International                Day. This is in commemoration of the impact he has made in the world, while inspiring others to do good.

7. In 1993, Nelson Mandela received the Nobel Price in recognition of his role in peacefully destroying the                          Apartheid system. This was also to honour the foundation he lay for democracy in South Africa.