Parents response to teachers opinion about their children 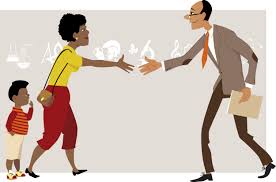 Parents are the most significant adults in the lives of their children, they have the greatest impact on their learned behavior and this makes it very difficult for teachers to reprimand students behavior to parents. Teachers are often orally abused, physically abused in critical situations and also attacked on social media by some parents when they try to address issues related to the child’s behavior in class because parents may find it disrespectful and offensive. Teachers, however, can express their opinions in different ways without sounding too intuitive and judging.

Teacher should try to put themselves in the parents’ position before addressing the problem at hand. Think about if you were in that position, how you would like the teacher to respond to you. Try and sandwich your comments by acknowledging the child’s strengths before you move on to an area of concern. This would make understanding of parents a lot easier even though you would be dealing with different types of parents who have a common understanding about certain things. If you are dealing with a difficult parent, who is attacking your teaching methods and also thinks their child is being wrongly accused, then better make sure you have concrete examples to back up what you are saying.

Also dates can be set up for parents to come to school and join the children in class and observe how they interact with the teachers. The presence of the parents may or may not be known to the teacher or child so that it will be neutral on both sides.

Measures like counseling could also factor in helping parent-teacher relationship. If of course a teacher cannot confront a parent about the issue at hand due to aggression on part of the parent, the teacher can then go to the counselor and provide all evidence relating to the child’s behavior in class. Parents would then be called in for counseling with their ward to address the problem because they would respect and believe the counselor. The teacher may also be present in the counseling session to also add on to what the counselor has to say. 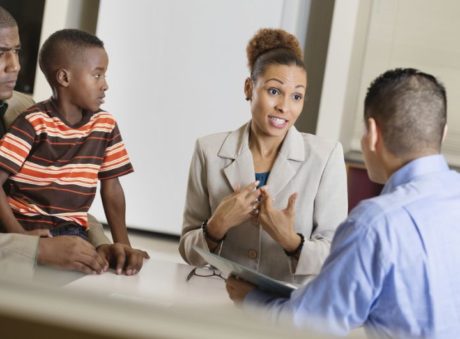 Dealing with people in society needs a lot of patience and understanding so teachers should not give up or also throw tantrums when they are told off by parents.

0 responses on "Parents response to teachers opinion about their children"