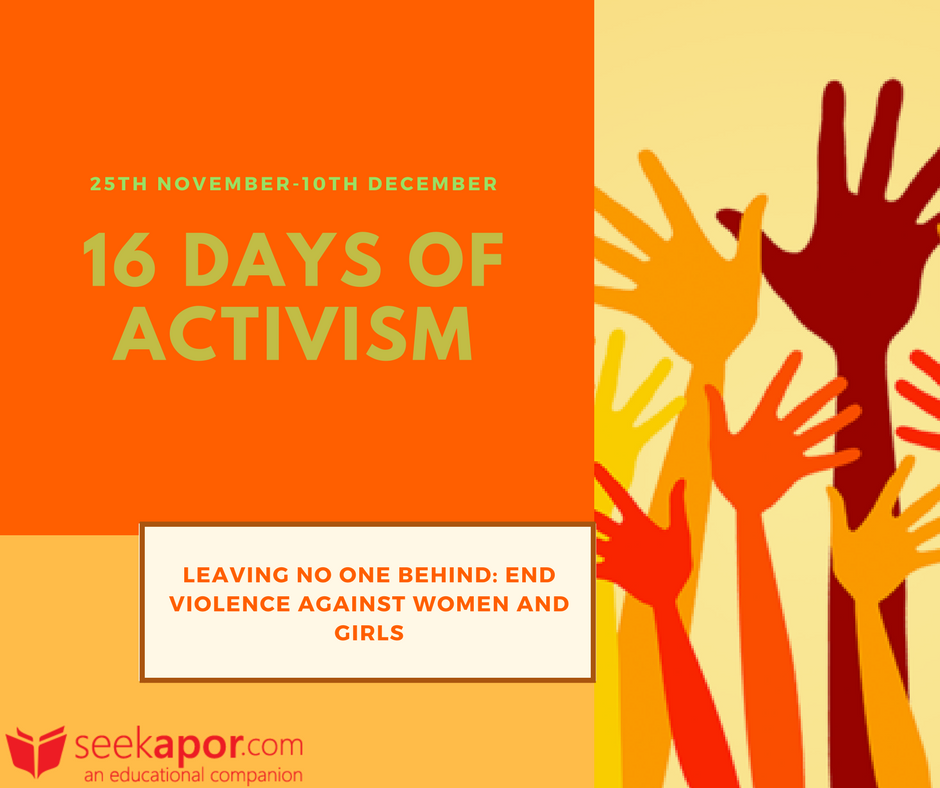 Tomorrow 25th November marks the beginning of the 16 Days of Activism. From 25th November every year which is the International Day for the Elimination of Violence against Women, to December 10, which is Human Rights Day, there are various forms of active campaigns against gender based violence worldwide. Therefore the 16 Days of Activism spread from November 25 to October 10 every year.

The 16 Days of Activism require participation of individuals, governments and civil society groups to act in protecting women and girls from domestic abuse and all other forms of violence. The UNiTE Campaign will this year mark the 16 Days of Activism under the theme, ‘Leave No One Behind: End Violence against Women and Girls’.

The color orange has been used in past years to depict worldwide activities held in solidarity with the activism and this year is no exception. To bring global attention to activities held, buildings and landmarks will be decorated in orange, while individuals can also wear orange attire as  a symbol of solidarity to the campaign.

The 16 Days of Activism against Gender Based Violence was originated from the Women’s Global Institute and coordinated by the Center for Women’s Global Leadership in 1991.

Where in the world are you? Let us know how you are supporting the fight against gender based violence in your community.