4 BENEFITS OF BEING A POLYGLOT 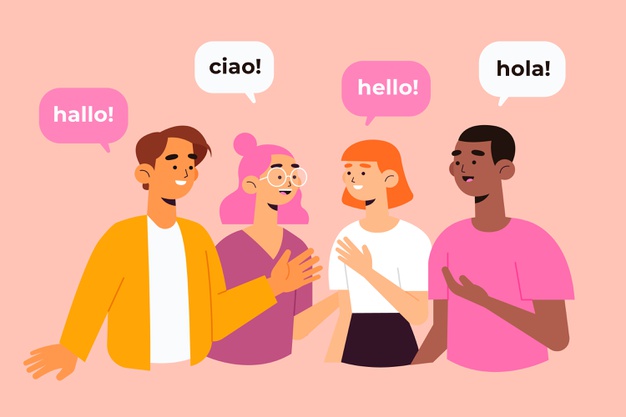 A polyglot is a person who is dedicated to learning and speaking multiple languages. The prefix, “poly” means more than one.  “Glot” on the other hand is a Greek word for tongue. Thus, technically a polyglot is anyone who speaks a series of languages.

There is no specific number of languages that one needs to speak to be considered a polyglot. One can learn as many languages as their brain would allow.

Being a polyglot has immerse benefits and advantages that sets a person apart from their peers. Although most language learners and enthusiast claim that,  learning a language is not an easy task but, the benefits outweigh the challenges.

Below is a list of reasons why everyone should learn multiple languages.

It could bring you endless opportunities:  One’s ability to speak multiple languages could be just the thing to set them apart from their peers. There are a lot of global and multi-national companies looking for polyglots to fill various positions. Thus, the need to study a second language, if you are hoping to work for such companies.

It is a good exercise for the brain:  Experts claim that language learning is one of the most practical and effective ways to exercise one’s brain. It gives the brain a good work out and keeps the mind sharp. It also helps the mind to multi-task.   Although there are only a few studies done to back this claim, there is no harm in learning a new language.

It gives a person a sense of fulfilment:  Ability to speak a second or third language could boost a person self-confidence or self-worth.  Therefore, if you are looking to increase your sense of worth, learning a second language might just be the thing to help you.

It delays the effect of diseases associated with ageing: It is important to state that multilingualism does not prevent diseases associated with ageing such as Dementia and Alzheimer. It only slows down the effect of the disease on a person.  According to an article by the bbc.com, Psycholinguist, Ellen Bialystok made the surprising discovery at York University in Toronto while she was comparing an ageing population of monolinguals and bilinguals.

You don’t have to wait until you have time, create the time now. Get linguistics resources such as books and apps to help in you in your quest.

0 responses on "4 BENEFITS OF BEING A POLYGLOT"