5 Interesting Things About Amissah-Arthur You Did Not Know 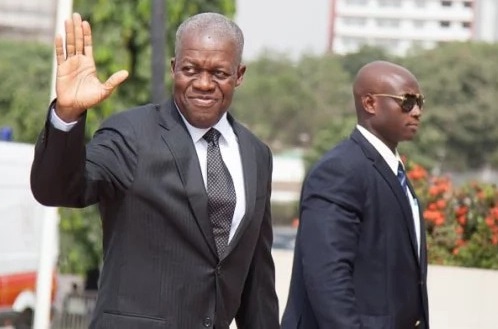 Following the demise of Ghana’s Former Vice President, Paa Kwesi Bekoe Amissah-Arthur, there have been reports on the life of the former vice president and what he stood for. Here are five interesting things about him that the media doesn’t talk about.

And yes, the former Vice President was a Phobian; a supporter of Accra Hearts of Oak football club, a professional sports club based in Accra.

A campaigner for education

Though an economist, the former vice president was a massive campaigner for education in various ways. This explains his great interest in promoting education in various parts of the country including the building of schools and libraries. Mr. Amissah-Arthur during his tenure in office inaugurated library/lab/ICT centers at his alma mater, Mfantsipim school including a two-storey Amissah-Arthur Language Centre sponsored by the Bank of Ghana at the University of Cape Coast.

The former Vice President loved fitness. For many years, he visited the Airforce Gym for his fitness routine.

The Okyenhene Osagyefo Amoatia Ofori Panin II emphasized this when he was narrating events that lead to the demise of the former vice president. He said,  “As it’s been for 14 years, any time I go there, I meet my friend and we’ll talk, shake hands … and then go to our different machines…’’

Mr. Amissah-Arthur took his fitness seriously until the sad event which occurred at the Airforce Gym on Friday, 29 June 2018 when he collapsed to the floor during a routine workout and subsequently died, sadly.

Former Vice President Amissah-Arthur co-authored a review of Ghana’s public financial management system, which is titled: Guidance Note: Financial Integration into Relevant Ghanaian Structures. The report has been used as a training manual for new employees at the Finance Ministry.

There you have it, folks. Five interesting things about former vice president, Amissah-Arthur you did not know.

May his soul rest in peace.