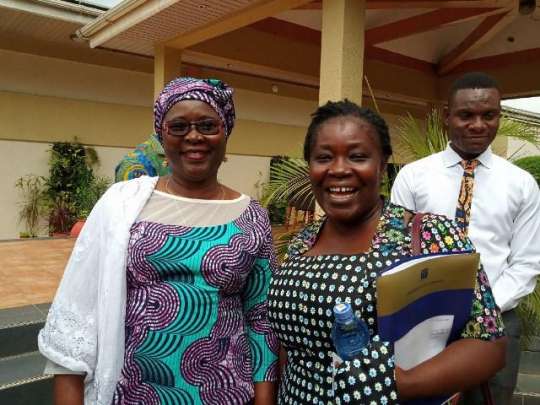 The 70th Annual New Year School and Conference (ANSC) which is slated for January 14-17, 2019 at the University of Ghana, Legon has been launched in Accra. It will focus on; “Building Strong Institutions for Democratic Consolidation in Ghana.”

It is being organised by the School of Continuing and Distance Education, College of Education, University of Ghana.

The Annual New Year School and Conference was introduced in 1948 and it brings together people from all walks of life to deliberate on topical issues of national and international interests.

Professor Olivia Kwapong, the Acting Dean, School of Distance and Continuing Education, University of Ghana, who gave a historical perspective of the ANYSC, said as part of the efforts to experiment the establishment of a University College in the then Gold Coast, liberal adult education, which followed the model of the United Kingdom, was introduced.

She said before then voluntary adult education associations such as the Sekondi Railway Club, Youth Literacy Club of Accra and the Gold Coast Youth Conference Movement of the 1800s and later Old Boys Associations of Achimota and Adisadel provided educational opportunities for their members.

Prof. Kwapong, who is also the Board Chairperson of the Ghana News Agency, noted that those groups organised lectures and discussions to keep abreast of the time and improve their educational standards.

“So in planning for the take-off of a University College in the Gold Coast, a University of Oxford Delegacy for Extra-Mural Studies arrived in the Gold Coast in 1947 to further arouse the interest and consciousness of the people in education, so that the citizens could meaningfully participate in the politics and social life of the then Gold Coast,” she said.

“So during May-July 1947 lectures were given in Accra, Cape Coast, Kumasi and Secondi-Takoradi on economics, history and other issues of development. This was crowned with a conference in Accra on August 02, 1947.”

Prof. Kwapong explained that in the process, the Department of Extra-Mural Studies was formed as part of the newly established University College (Gold Coast) in April 1949 to serve as its extension wing to continue to educate the adult population of the country.

The Department then formed the People’s Educational Association in February that same year using the participants of their educational programmes.

With the formation of the People’s Educational Association, the maiden New Year School was held in Komenda under the leadership of Prof. David Kimbe, the then Director.

Prof Kwapong noted that the ANYSC focuses on topical issues in Ghana of which community development activities formed part.

“So during the first New Year School in Komenda, participants dug and concreted a well,” she said.

“This is a tradition that we need to revisit now that we have hit 70 years. As time went on the Easter Schools were also organised in the northern sector of the country.”

In a more recent time the Conference part was also added, “an area that we need to consolidate properly,” she said.

Prof. Kwapong said output from the School had resulted in policies that cut across different sectors of the economy.

For instance, the year 1955 was part of the transitional era when politicians and the citizenry were positioning themselves to take over the governance of the country from the British, she noted.

As a result, the theme for the New Year School was “Problems of Independence.” As fallout from the School, participants used the opportunity to launch educational programmes on implications of independence in their communities.

In a more recent time, being a School with currency, there was a focus on e-governance, e-education, e-health, e-business, and e-agriculture in recognition of the key role of Information and Communication Technology in the national development agenda.