8 THINGS ABOUT CAPTAIN SOLOMON QUIANOO YOU SHOULD KNOW

The biggest ever passenger airliner ,  Airbus A380, which can carry between 525 and 853 people depending on class configuration, tested the facilities and infrastructure at Ghana’s new Terminal 3 yesterday.

Now, aside the good news of the airliner landing in Ghana, the aircraft was flown by a Ghanaian Pilot. Here are some interesting things about the pilot you should know and be proud of as a Ghanaian: 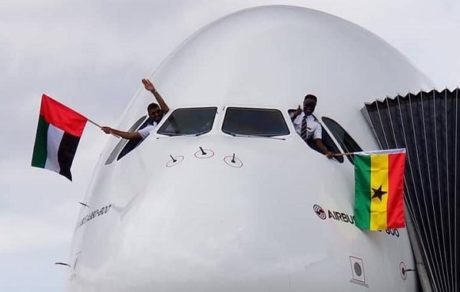