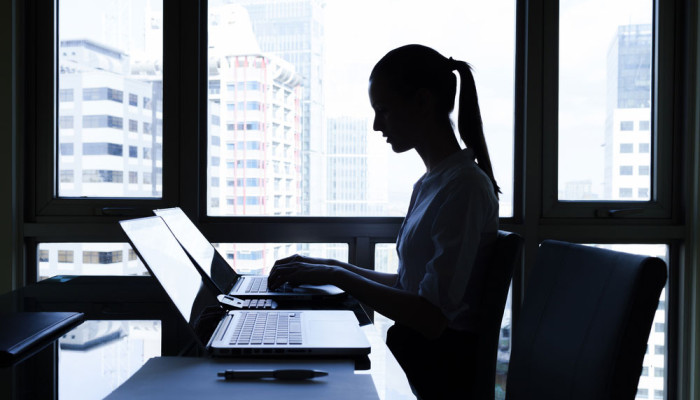 Women advancing in  various areas of Science, Technology, Engineering and Mathematics (STEM) is uncommon in most parts of the world, including Africa. A report in 2016 showed that women make up only 37 percent of entry-level jobs in the technology field, and only 25 percent of women advanced to senior management roles in the same field. The UNESCO Institute for Statistics has also reported that only 30 percent of professionals in STEM fields are women.

One woman who is breaking such stereotype is Angela Koranteng, a Ghanaian who has earned the title of professional African coder. She attended the Kwame Nkrumah University of Science and Technology and received her degree after taking courses in coding, civil engineering, and computer programming. According to Angela, she learned everything from scratch and at a point was deemed less intelligent by her male counterparts in class.

Angela founded STEMBees, a non-profit organisation in 2014 to empower and mentor girls in Africa who are interested in pursuing careers and opportunities in STEM.

STEMBees aims to create a community of women in STEM fields which they call a SiSTEM or Sisters in STEM. The organisation offers interactive workshops, events, camps and after-school programs that help keep girls engaged and intrigued in STEM.

As of 2016, STEMBees was working with one private school and one public school, though Angela expresss a desire to expand the organization’s reach by receiving a certification from the government to allow her organisation work with a larger school.

STEMBees has partnered with Reach for Change Ghana and the National Society of Black Engineers Ghana. This is to increase the organisation’s recognition. They are also heavily funded by donors.