A Day After Mother’s Day 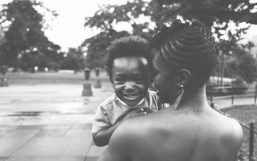 A Day After Mother’s Day

Was this a test of my love for my mother just a day after mother’s day?

Was this God’s way of punishing me for choosing to spend the day working on my thesis rather than spending the day with her?

Or I was just being made to feel half of what my mother feels when I or anyone she loves is sick?

Or it wasn’t about me? Was it my father’s love she wanted to test? Or even my brother’s because as far as I am concerned, he is the stubborn one.

It was the day after mother’s day and the day had gone well. I decided to call my mother the fourth time, to as usual “bother her” with a request. She did not answer. I didn’t sense danger because it was not strange of her. She usually leaves her phone unattended when she has pressing issues.

It’s one of those days I thought. On the sixth ring, I heard a male voice answer, “hello”. My dad! Why was he answering her call? Well, he must have seen that it was me, so it was cool.

But it started to feel weird when after all the how –are –you, how –is –school, where –are –you he didn’t say “hold on for your mum.  ‘Where is mummy? Please give her the phone”. He said she wasn’t well .My only response was ‘okay. Let me talk to her’. The only ailment I have known my mum to suffer is tiredness or headache or considering the fact that she talks a lot, she may have mouth pains (which she hasn’t confessed yet because the antidote will be for her to ignore our wrongs).

Apparently, she had been admitted. I headed towards the hospital without knowing what was wrong with her. Since I said I was going there, my father asked me to get there and then we talk. I thought to myself, “Why did I have to get there first”? He should just say she has a headache and will be fine so my fears are allayed (numerous stories I had heard of how the news of a loved one’s passing was broken to them rushed through my mind). Before I could tell him that, the call had dropped on the other side of the line.

I said a short prayer which helped calm my nerves. She wasn’t as ill as I imagined but prayed against, thankfully, but she was ill. My brother was seated by her and cracked some jokes immediately I got there. He must have realized I was scared. My father had gone to get her some essentials. When I asked what she was suffering from, my brother said jokingly that she had gone to “over chill” the day before and was suffering the consequences to which she gave a smile. I dragged him out to ask what really brought her there. We went through it. To sum it up, her blood pressure had shot up to a point where she could have developed a stroke if she were hypertensive.

I retreated to a seat for visitors and thanked God. Now here is the real catch, did my mother have to be ill for me to be reminded of how much I love her and need her around? Did she have to be in that state for me to want to spend money on her (because I offered to buy the prescribed drugs when it was written in my presence) except it was her birthday or to make a celebration? Did she have to be ill for me to wake up very early to make her breakfast and find her clothes without a face?

Many of these thoughts filled my mind even as I prepared to visit my mother this morning. My dad asked us to hold hands while we prayed for her. Listening to the sincerity with which he spoke to God forced me to open one eye and peek at him.*wink*

If I have learnt anything from this, it is to reciprocate the love and sacrifices our parents, especially our mothers, make for us every day and not only on occasions such as Mother’s Day.

Personal Pledge: To show my mother, while she has breath that life will be empty without her and pray God’s grace for her.

0 responses on "A Day After Mother’s Day"