A REVIEW OF SIZWE BANZI IS DEAD 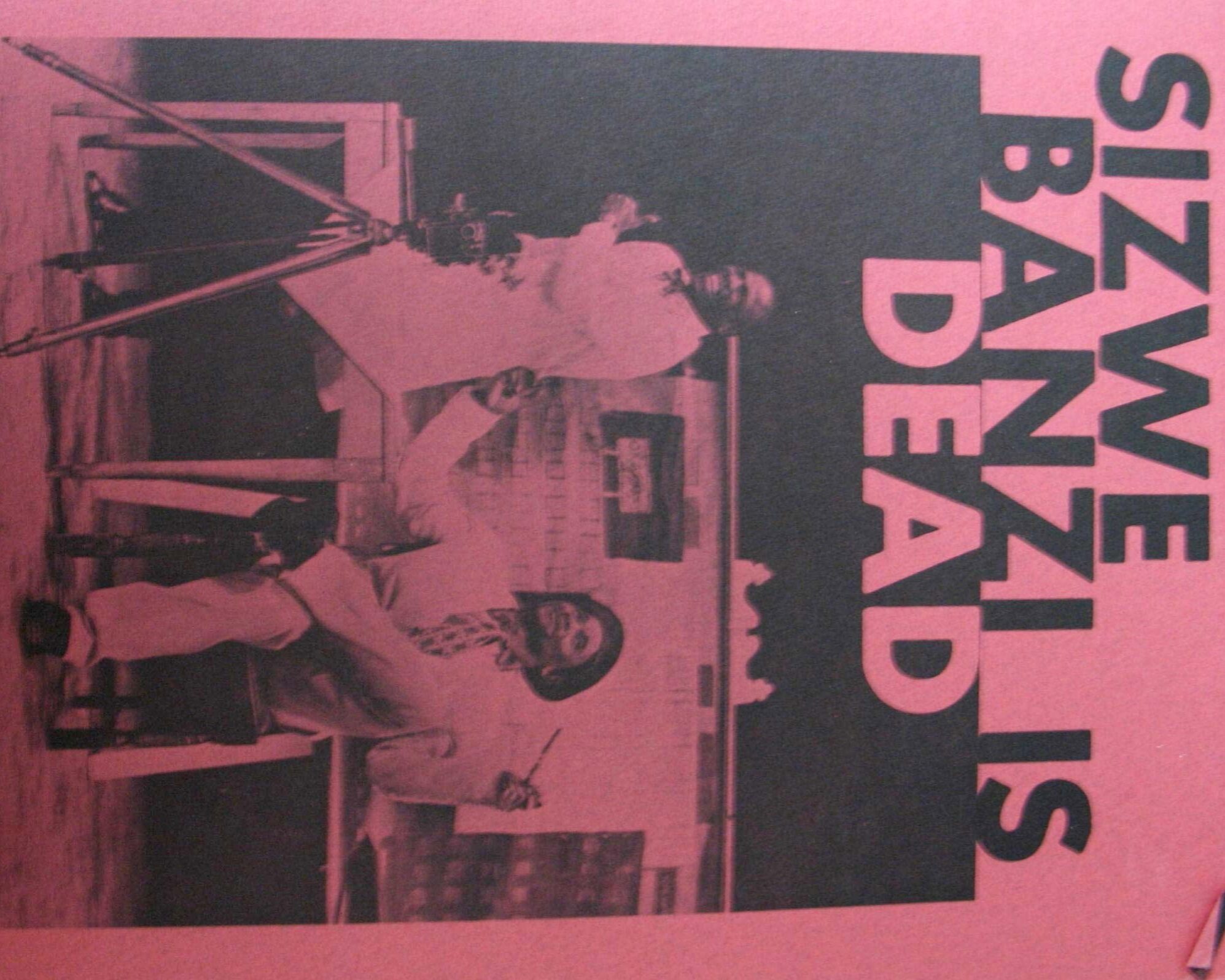 Athol Fugard’s Sizwe Banzi is Dead is a play he wrote collaboratively with two South African actors, John Kani and Winston Ntshona, both of whom appeared in the original production.  The text can be traced to Fugards’s experience as a law clerk at the Native Commissioner’s Court in Johannesburg. During that time, very Black citizen over the age of sixteen was mandated to carry an identity book that regulated employment and travel within the country.

The play throws light on the dehumanising laws of Apartheid South Africa. It treats Apartheid as a system of segregation and socio-economic exploitation. Apartheid can be defined as an institution of racial discrimination structured on the bedrock of political oppression, economic exploitation and cultural destruction; this system of racial segregation was kept alive by organised and executed violence against the Black people in South Africa.

The story is unfolded with interesting shifts in timeframe and point of view; it explores themes such as identity, self-worth, racism and suppression. The role of identity varies in each of the character’s lives. For instance, Styles constructs a new identity for himself as a photographer, where he is able to live the way he wants. He experiences demeaning treatment at his erstwhile job so he quits to set up a photography studio to feel human again. It can be considered that Styles’ self-business is a way of refusing to be a victim of the Apartheid oppression. Through the lens of his camera, he helps preserve the memory and identity of his clients. Additionally, he is significant for being the historical reference for the play as he recounts the details of the cultural environment of South Africa in the 1970s.

The time setting of the play indicates that during the period of Apartheid, every Black man was required to carry a passbook. The rationale behind the use of the passbook was to have the White population have control over non-White labour and have the Blacks permanently at the mercy of them. Their lives were contained in the passbook and the single stamp in it decided their fate at a point in time. Identity in the book captures the definition and perception of the Black South Africans and the characters depicted struggled to maintain their own identities and sense of belonging under this oppressive rule.

Sizwe’s change of name to Robert Zwelinzima is a key element in the treatment of identity in Fugard’s text. Naming and renaming has always been a vital factor in the construction of identity. Sizwe is left with no option but to adopt a new name, thus identity, should he want to stay at Port Elizabeth because anyone with improper documentation was not allowed to stay in that town. The “death” of his original identity and the “birth” of his new identity causes him to suffer from identity crises.

The play’s focus on the Apartheid system of South Africa which lasted into the early 1990s is still relevant today because although this system of institutionalised racism no longer exists, the resulting economic hardship is still experienced by South Africans.

0 responses on "A REVIEW OF SIZWE BANZI IS DEAD"