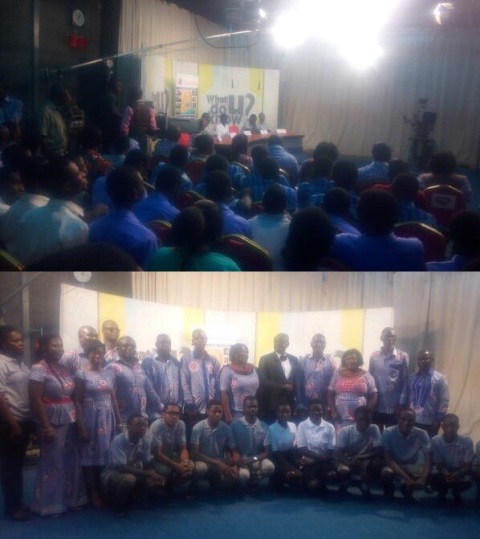 The Achimota Senior High School over the weekend emerged champions of a quiz competition organized by the Council for Scientific and Industrial Research (CSIR) dubbed; “what do you know?

The competition, which focussed on the CSIR’s vision, mission, structure, and functions, was organized for second cycle schools in Accra.

The competition which was telecasted live on Ghana Television, saw two students each from the competing school answering questions related to the operations of the Council.

Mr. Dan Afari-Yeboah, the veteran quiz master, insisted with his diplomatic antics to demand precise answers from the students and occasionally incited the audience with hilarious comments based on some response.

Dr. George Owusu Essegbey, Chairman of the Local Organising Committee, CSIR-Science and Technology Policy Research Institute (STEPRI), told the Ghana News Agency in an interview that the competition was organized to mark the Council’s 60th-anniversary celebration.

He said the competition was also to sensitize the general public on the importance of science, technology and innovation in contributing to national development.

“The importance of using the schools is that when you look at the trend of education in our country, you will notice an emphasis on the humanities and business and we think we need to emphasis on science education because that is what would drive our development agenda,” he said.