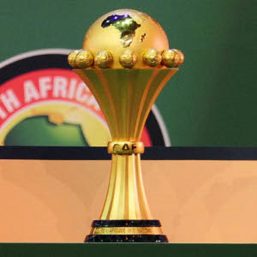 The African Cup of Nations is here and for some bizarre reasons it brings to mind many feelings, mostly nostalgic.

I know this is not peculiar to me because  I have read the posts some of my friends have posted on their Facebook walls. Theresa,who was in secondary school the last time the tournament was played  recounts how she and her mates had to know the names of players,the names of their teams and facts about their countries because the P.E exams that term was going to have questions on the games.She can never forget Chipolopolo!

I was also in senior high school then but I was not examined on the AFCON games.Rather,there were days we were allowed to miss prep because the Black Stars of Ghana were playing!This was in 2008.

The ‘sharks’ grumbled because they had too much to read and could not be bothered about Black Stars.The ‘spiritos’,gathered to cast out demons,the gossips had a field day,those who had ‘inters’ found a comfortable corner to profess their love to each other.Oh,there were those who had so-called meetings with their ‘school daughters’. Even with these unauthorized meetings all around,the assembly hall was full.The soccer enthusiasts,the patriots and those who had not been called for of the ongoing  ‘meetings’ were in the hall.That year,the AFCON was hosted by Ghana and Labone Secondary School is in town so it was not amazing to find that the ‘hardcore boys and girls’ broke bounds into town.The  ‘fearos’ could only plead and bribe these hardcores to buy them kelewele  or a pack of fried-rice and chicken from chef Kpakpo from labone junction on their way back.Some of these fearos did not get their orders and their monies were not returned but that is a story for another day.

Anytime Ghana scored or a team that was a threat was knocked out,all meetings ceased and people run to join in the excitement going on in the hall.We cheered and sang numerous ‘jama’ songs.Chief among them was ‘Namor kpe?Naija kpee!

Translated as Who lost?Naija lost.We had high hopes for the team but this hope was crushed along the line.We did not despair.We still love(d) our Black Stars.Anytime I have to watch Ghana play,I watch as a ‘citizen and not a spectator’ and miss the good old days of having to fight for a good spot to sit to watch the game,the new jama songs I learnt and the friends I made through the commentaries that we shared during the game.

AFCON is here again and people say  the current team does not play their heart out,they are money conscious,they don’t like the coach,its waste of resources and others. My thoughts(which I am entitled to),is this?Football is a game of many emotions.It teaches me to hold on to faith,not to expect too much from people,reminds me that a situation could be turned around in a matter of split seconds ,that there is a thin line between sadness and joy and also to be of my best behaviour even at a game because the rib from which I came maybe spying me.Oh,yeah,my Uncle Martin,met his wife at a spot where she had come to see a game with her boyfriend then.The irony of life!That may also be my destiny.

My point is this, forget the past but take the lessons from them,rally behind the stars,reminisce the good times and let us watch as patriotic citizens as the Black Stars of Ghana proceed to the next stage and even take the cup.It is not impossible!