AT WHAT AGE SHOULD YOUR CHILD BE ON SOCIAL MEDIA? 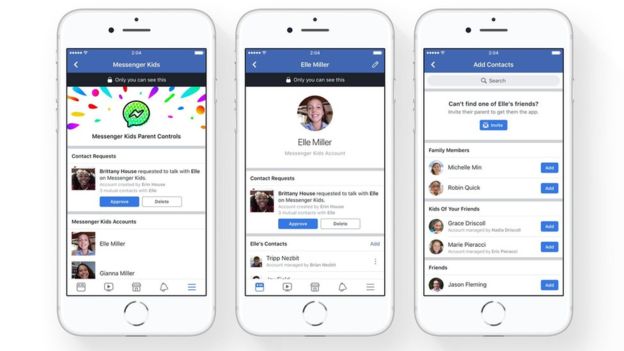 Facebook has launched its first app tailored for young users. The new Messenger for Kids creates an opportunity for children between the ages of 6-12 to chat with other users, with approval of their parents. Currently, only children aged 13 are allowed to use Facebook.

According to Product Manager for Messenger Kids, Loren Cheng, “Parents are increasingly allowing their children to use tablets and smartphones, but often have questions and concerns about how their kids use them and which apps are appropriate”.
Loren Cheng added, “So when we heard about the need for better apps directly from parents during research and conversations with parents, we knew we needed to develop it alongside the people who were going to use it, as well as experts who could help guide our thinking”.
If two children want to be friends on Messenger Kids, the friendship must be approved by a parent for each child. Once confirmed to be safe, friends can do live video chat and send pictures and text to each other.
There is tentative support for what Facebook is doing. The prevailing mood is that since kids are using social networks, you might as well do what you can, to make sure that use is safe and monitored.

Others however disagree with the new app and and are talking about the safety of children and what they may be exposed to.
For now, the product is ad-free and initially, is only available in the US on Apple’s iOS operating system initially.

0 responses on "AT WHAT AGE SHOULD YOUR CHILD BE ON SOCIAL MEDIA?"