MY JOURNEY TO ALMOST BECOMING WHITE 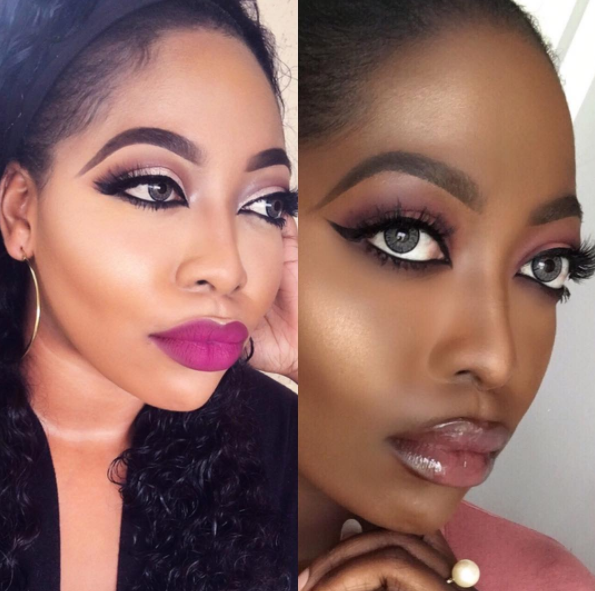 Awurama Hagan used to love sports a lot but these days she doesn’t or pretends she doesn’t. Even if she tried to snap out of the reasons why she doesn’t want to play her favourite game of football anymore, she got lost in thought and therefore was not at her productive best. She just couldn’t focus. How could she, when she was spending a whopping 400 Ghana Cedis out of her 600 monthly stipends on a tiny bottle of body scrub, shower gel and cream which does not last past 9 days. For best results, the products do not need to be chiseled. Awurama couldn’t fathom how she would go running after balls either while playing basketball, football or volleyball under the sun when she was spending all that money to be ‘white’; she was giving her beautifully dark skin a bit of tone.

Inter –halls competition is in a month and knowing that she is star player, Awurama is under some pressure to represent the Princesses Hall. Her hall mistress, tried to convince Awurama to change her mind about not playing any sport that year. Unknown to Mrs.Brako, Awurama took the decision before coming to school that semester and she wasn’t going to relent.

On a sunny Sunday afternoon during the long vacation, Awurama went to the beach with her cousin. There, she realized that being fair was a quality she needed to possess by all means, if she wanted a man of her own. That was her cousin, Kukuaa’s reason for asking her to go with her to the beach. Awurama had refused to attend every social event after her heartbreaking break-up with Oko. Oko ditched her for the bright – as – the – morning – sun coloured, Yaa.

Upon seeing all the uneven and even coloured versions of the  make- believe- fair ladies that Sunday walking with enchanting men, Awurama knew it was time to jump on to the bandwagon too. Every guy she spotted that day had a fair lady by his side. She saw some equally pretty dark ladies too but the yellows outnumbered the chocolates. She could not be in the minority.

That is when she decided to follow almost all the online shops that sold whitening creams on social media. She purchased a few and has since seen some progress. Some haters in the form of relatives, friends and acquaintances started asking her why she was getting a fairer skin (others said red or yellow instead of fair), which annoyed her but she was focused and unperturbed. After all, when she stepped out at night, she got all heads turning, cars slowing down to catch a glimpse of her and people stopping to have a word with her. This was easier than wearing revealing clothes or trying to be pretty. Even on no make –up or Abaawa Mary days, she still got some admirers.

How then was she to reverse all the time, money and effort she put into getting her new colour by training and playing under the hot sun in the name of inter- halls? It wasn’t even a thought to entertain for a second. She didn’t doubt that her sporting activities kept her in shape. Even with that, she could still do some squats and planks in her room to keep up.

Some few weeks into the end of the semester, the tummy pains she started feeling occasionally for over two months became more painful. Her roommates rushed her to the school hospital when she couldn’t bear the pains anymore. She was diagnosed of acute appendicitis and was booked for surgery the next day. The appendisectomy went well but then the wound wasn’t healing even after three weeks. Reason – Her melanosomes were destroyed, the wound was getting infectious and there was very little the doctors could do.

On her hospital bed, Awurama began to think deeper than she had in recent times. It wasn’t her fault that she was ill but it was her fault that her skin couldn’t be stitched well to enable the wound to heal, it was her fault for missing the semester’s exams, creating unnecessary trouble for her parents, destroying her beautiful dark skin and for being in so much pain. All because she wanted to be fair, which had been dashed because she was stuck in the hospital with no creams and her natural tone was coming back by the day.

After three months, there was some progress and she was re-stitched and discharged. Awurama set up a small club on campus to create awareness on the effects of bleaching and why it should never be promoted. She went back to sports as well and met King, her boyfriend at the All African University Games in Benin.

God created everything and made no mistake in making some people dark, some fair, others chocolate or white. Embrace yours with love. No colour is inferior to the other. It is a fact!

Abaawa Mary – A term which came from a Ghanaian movie, titled Abaawa Mary ; used to refer to a person who is not looking his/her best or like a maidservant; Abaawa is a Twi word which means maidservant.

Chiseling – a Ghanaian slang; someone who is being stingy with something.

Inter- halls – A competition held between people affiliated to various halls; usually of a

0 responses on "MY JOURNEY TO ALMOST BECOMING WHITE"