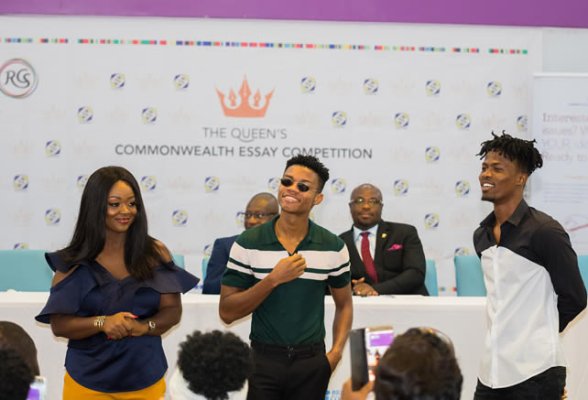 The Royal Commonwealth Society (RCS) Africa has unveiled this year’s ambassadors for the Queen’s Commonwealth Essay Competition in Accra.

The Duchess of Cornwall, Camilla, in November launched the 2019 Edition of the Queen’s Commonwealth Essay Competition at the Ghana International School in Accra.

This year’s theme: “Connected Commonwealth,” will allow entrants to select a senior or junior topic depending on their age on June 1, 2019.

Mr Eric Kutortse, the Chairman of First Sky Group, sponsor of the competition, said his outfit was delighted to be associated with the event to improve education in the country and beyond.

He said the Competition would help achieve the Sustainable Development Goal- 4 on Education that focused on inclusive and equitable education for all.

“The Competition is not only meant to sharpen the skills of the students but also structured in a research manner where students will develop their thinking and creative potentials,” he added.

He said the Competition would focus on critical topical issues such as global warming, environmental degradation and terrorism and encourage students to read widely to improve upon their writing skills.

Mr Kutortse said it was imperative for the country to prioritise education because it was the engine for national development.

“We will support the competition and ensure that the children are equipped with the needed resources to be change agents in their communities,” he said.

Mr John Apea, the African Coordinator of RCS, said the Essay Competition was founded in 1883, which made it the world’s oldest international competition for schools.

He said last year about 12,000 young writers sent in their stories, poems and essays and nearly 1,000 entries were from West Africa.

Mr Apea challenged the students to participate in the competition and improve on their writing skills for optimum performance.

Ms Jackie Appiah, on behalf of the ambassadors, thanked the organisers for choosing them to lead the Competition, saying their presence would stimulate the students to learn hard and impact positively on their communities.

The Roman Ridge School had the highest number of awards in the country.