An effortless way to improve your memory 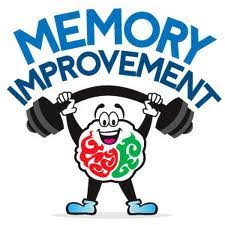 We all have those moments where we think that to memorize new material, we must put in more work to improve how well remember. Taking occasional down times and doing nothing may be just what you need. Just dim the lights, sit back, and enjoy 10-15 minutes of quiet contemplation, and you’ll find that your memory of the facts you have just learnt is far better than if you had attempted to use that moment more productively.

New research suggests that we should ensure “minimal interference” during these breaks and deliberately avoid any activity that could tamper with the delicate task of memory formation. Therefore makes sure you do not use that period to run errands, check your mails or play with your phone. This does not mean you are lazy,  but could be the way to help improve your capacity to learn and remember.

The remarkable memory-boosting benefits of undisturbed rest were first documented in 1900 by the German psychologist Georg Elias Muller and his student Alfons Pilzecker. This was in one of their experiments on memory consolidation.

Muller and Pilzecker first asked their participants to learn a list of meaningless syllables. Following a short study period, half the group were immediately given a second list to learn – while the rest were given a six-minute break before continuing.

When tested one-and-a-half-hours later, the two groups showed strikingly different patterns of recall. The participants given the break remembered nearly 50% of their list, compared to an average of 28% for the group who had been given no time to recharge their mental batteries.

The finding suggested that our memory for new information we have learnt can be interrupted immediately we overload our brains with additional information.

Another study by Sergio Della Sala in the 2000s went to prove this point with similar results.

The exact mechanism is still unknown, though some clues come from a growing understanding of memory formation. It is now well accepted that once memories are initially encoded, they pass through a period of consolidation that cements them in long-term storage. This was once thought to happen primarily during sleep, with heightened communication between the hippocampus – where memories are first formed – and the cortex, a process that may build and strengthen the new neural connections that are necessary for later recall.

In the age of information overload, it’s worth remembering that our smartphones aren’t the only thing that needs a regular recharge. Our minds clearly do too.

0 responses on "An effortless way to improve your memory"