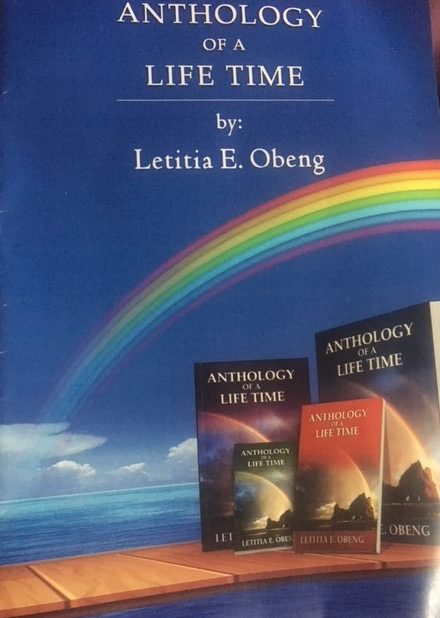 One would have thought that after her autobiography, A Silent Heritage (2008), Dr.Letitia E. Obeng would end her writing career. But no, she did what most connoisseurs do not do; she followed with an anthology of her speeches, research findings and presentations given throughout her working career as a Scientist using the skills she picked from her mentor, Ephraim Amu, whom she calls Owura Amu. Her current book, which is titled Anthology of a Life Time, was launched at the Ghana Academy of Arts and Sciences on the 10th of July, 2019.

Hon. Osafo Marfo, the senior Minister, launched the book. He described it as a must-have for every cabinet Minister and should be used as a textbook to guide their responsibilities. This is because of the many guidelines and findings Dr.Obeng articulates in the book. Although coming from someone with a strong science background, the book appeals to people with different interests. It is an easy read and comes in four different colour covers to further enhance reading.

The chairman of the occasion, the Minister of Environment, Science and Innovation, Hon.Prof.Frimpong Manso agreed with his fellow Minister and showed his appreciation at the work of the ninety four year old, Dr.Obeng.

As if she were a prophetess, Dr.Obeng warns of the side effects some developmental projects will have on water bodies and the environment as a whole and its eventual effects on the health of man. Without looking far, the effects of “galamsey” can be stated as an example.

Just as she did in her previous book, a lot of attention is given to the silent heritage of our world, which Hon.Marfo decoded to be referring to the trees, water and the air. Because although being destroyed, they are unable to complain. However, it is clear that in mistreating these heritages, we are mistreating ourselves.

At the end of her witty and inspiring speech, Dr.Obeng asked for everyone to have a fresh virgin look at our amazing environment, develop an even firmer resolve to support and preserve our environment because it is an essential support for our wellbeing. She also reminded that so far , planet earth was the only place that had been found to be liveable by man hence the need to hold it in high esteem. “Give a thought to the environment”, were amongst her final words.An important point that caught the attention of everyone gathered was this.

Without food, we will die in three weeks

Without water, we will die in three days

Without air, we will die in three mins.

Dr.Letitia Eva Asabea Obeng, is the first female scientist Ghana produced; she has a degree in Zoology and Botany. She is also the first Ghanaian female to be awarded a PHD. She is the first female Scientist to be employed as lecturer at the then University of Science and Technology.She was also the first female president of the Ghana Academy of Arts and Sciences. She established the Institute of Aquatic Biology within the Council for Scientific and Industrial Research. Dr.Letitia Obeng was the first scientist to be employed by the National Research Council of Ghana. With such successes, she obviously deserves recognition and has received quite a number, both locally and internationally.