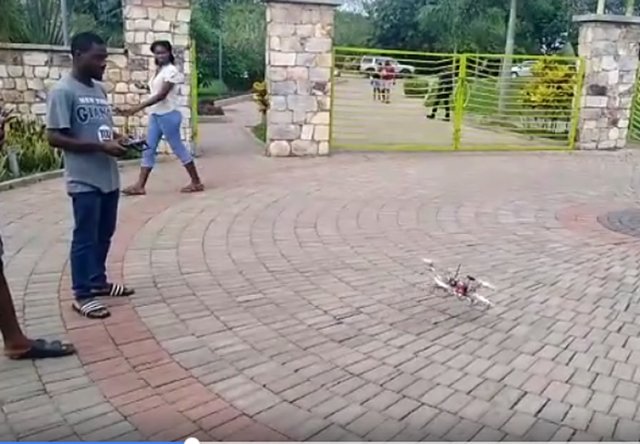 One of the most popular private universities in Ghana, Ashesi University, is supporting one of its students to construct a drone using 3D parts printed by a machine.

On its Facebook wall, the school posted a short video of the student, Robert, test-flying his new invention.

It is not known how long it took Robert to put together his prototype drone.Checks by YEN.com.gh reveal that the most modest 3D printing machine could cost around $220 or about GHC 1,100 minus the cost of shipping to Ghana.

Of course, the printers come in sizes per the parts they are intended to print.

The demonstration in the short video saw the drone take flight. It would seem the prototype would serve as the basis for Robert and his colleagues at Ashesi to perhaps, construct of such drones.

But an expert knowledgeable in 3D printing has said that the technology may not guarantee the overall durability of some things that are constructed with printed parts.

For instance, engineers use metal in making guns. 3D printed guns, basically plastic, would not have the same durability and structural integrity as metal-made guns would.

This is not to say that the Ashesi drone prototype is not durable.

Drones are usually made of plastic, with very few parts coming out of metal.

Most people who commented on the video were full of praise, even though others were cautiously optimistic.