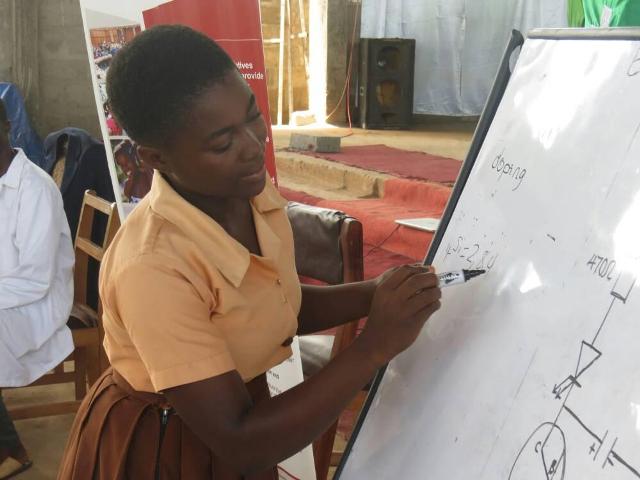 There is hope for some candidates of this year’s Basic Education Certificate Examination (BECE) in the Nzema East Municipality. As part of efforts to invest in Science Technology, Engineering and Mathematics (STEM) education, Tullow Ghana Limited has built the capacity and skills of some of the candidates in the area.

The programme is in line with Tullow Ghana Limited’s three-year Educate to Innovate With STEM project being implemented by Youth Bridge Foundation (YBF), a youth-focused group for positive development.

Educate to Innovate with STEM, has the primary goal of improving the performance of students in the core subjects of Science and Mathematics at the BECE and West African Secondary Certificate Examination (WASCE) by 50 percent.

To this end, 108 BECE candidates, made up of 58 males and 50 females, from the Axim Methodist School, Akonu District Assembly (D/A) School and Ahle-Sunna Junior High School (JHS) all in the Nzema East Municipality have undergone a two-day seminar to upgrade, and prepare themselves adequately for their upcoming Examination slated for June 4 – June 8.

The seminar marks the third phase of the six in a series District roadshow in the Western Region.

During the seminar, it was discovered that Akonu D/A School would be presenting only 12 candidates for the exams and out of the number, nine would be males whiles the remaining three would be females.

In an interview with the Ghana News Agency (GNA), Mr. Maxwell Quarm, the Assistant Headmaster of Akonu, explained that the small representation of candidates by the school was as a result of school dropout due to the deprived nature of the community.

He said: “The poverty situation, as well as family dependency on students where students skipped school to support their parents in farming and fishing, remained a worrying trend in Akonu.”

He said that, additionally, the school could only boost of few committed teachers due to its location adding that; “It is just recently that government posted some teachers here.”

Mr. Eric Ebissah, the Science Teacher of Akonu, mentioned to the GNA that, the introduction of the Educate to Innovate With STEM Project had rather improved teaching and learning in the school and the Akonu community as a whole.

“The special classes offered by teachers engaged in the project had boosted the confidence of the final year students for their upcoming exams,” he said.

0 responses on "BECE Candidates in Deprived Areas Given Hope"