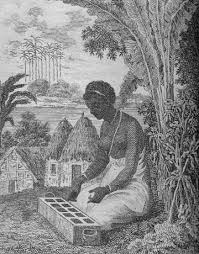 Belinda Royall aka Belinda Sutton is an American slave of Ghanaian descent who was enslaved by a prominent American family in Massachusetts. In 1738, she submitted a petition to the court requesting to be paid pensions from her masters’ estate.
Belinda had served the Royall family for fifty (50) years and was abandoned by her master Isaac Royall when he fled to Nova Scotia during the American Revolution. She petitioned the courts requesting to be compensated for the years she had spent serving Isaac and his family.
Although Belinda’s master, Isaac Royall had stated in his last will that in the events of his death, Belinda was to receive a pension of 30 pounds for three years. She had petitioned Massachusetts courts before she was given the money. 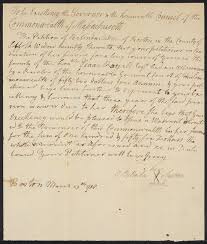 This single move earned her a place in history books for her bravery and audacity to stand up to the systems that had oppressed her. During this time, slaves were subdued and were unlikely to drag their masters’ estate to court demanding for monetary relief.
Her petition to the court helped reveal horrific details of her capture as a 12-year-old girl from Volta River in modern-day Ghana. She narrated how white slave catchers captured her and transported under horrific conditions.
This single act of bravery also helped contribute to exposing horrific slave stories and set the tone for slaves to seek reparations from their masters as a form of atonement for many years of servitude.
The Ghana Museum states that “Belinda Sutton ’s eloquent petition of 1783 is among the earliest narratives by an African American woman. It has inspired poets and fascinated historians. It has been seen by some commentators as the first call for reparations for American slavery. And it opens a rare window onto the life on an enslaved woman in colonial North America”.
Also, Belinda Sutton ’s eloquent petition was the inspiration for a poem by Rita Dove, U.S. Poet laureate from 1993 to 1995.

Positive Peer Pressure
The Gift of Friendship
LEARN TO RISE WHEN YOU FALL!
Mothers Day Poems
3 TRENDY APPS PEOPLE ARE TALKING ABOUT RIGHT NOW
World Art Day
GNAT says headteacher in leaked sex video not blameworthy
A Letter to Ebony
I NEED ADVICE. HELP!!!
DISCOVERING YOURSELF AND YOUR CAREER PATH