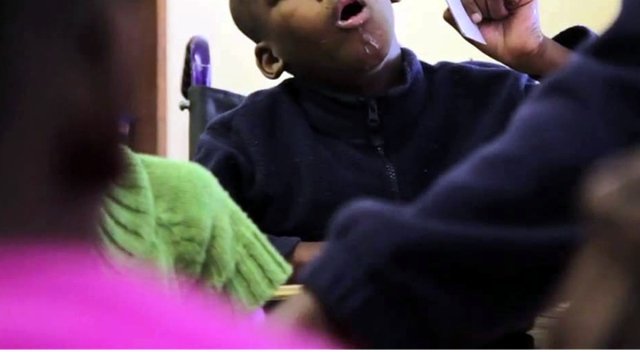 Cynthia Morrison, Minister for Gender, Children and Social Protection, has promised that the two-and-half-year-old boy who was found buried alive will receive specialized care.

The boy, who suffers from cerebral palsy, a neurological disorder, had been left to die after being covered with earth in an uncompleted building in Elmina-Bantama, a suburb of Cape Coast, the Central Region capital.

The boy, then barely a year old, was found in a shallow pit and brought back to life by some laborers working on the uncompleted building. The laborers chanced on him and exhumed him from the pit, and performed cardiopulmonary resuscitation (CPR) on him.

Doctors say the CPR was timely as it restored his blood circulation and prevented brain damage due to prolonged lack of oxygen.

It is not clear who buried the toddler when he was still a baby, however, townfolks believe his parents may have put him under the earth when they discovered he had cerebral palsy. The parents of the boy have bolted from the town without a trace, reports Joy News’ Central Region Correspondent, Richard Kojo Nyarko.

Since his rescue, the boy has lived at the pediatric ward at the Cape Coast Teaching Hospital. “He is full of smiles as the Gender Minister and the nurses here play with him,” Richard reports. He is, however, unable to crawl or walk.

The Gender Minister chanced upon the story of the boy when she went to the hospital to visit the five-year boy whose hand had to be amputated because his step-mother inflicted cutlass wounds on him.

The Minister revealed that she will have a conversation with renowned cerebral palsy campaigner, Farida Bedwei, and other stakeholders on the best way to support the boy.