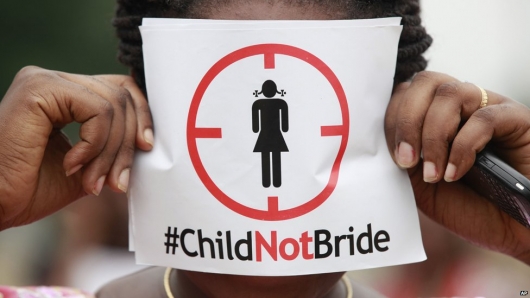 Ms Gladys Bassah, a 17-year-old Junior High School graduate has been rescued by the Wa East District Education Directorate and the Ghana Police service from being given out for early marriage.

Ms Gladys, who was given out for marriage immediately after her Basic Education Certificate Examination (BECE), scored aggregate 18 and subsequently gained admission to read General Science at the Wa Senior High School (SHS) in the Upper West Region. This was revealed in a community sensitization workshop organised by the Wa East District in Zinye, the community where the girl comes from.

Madam Rafiskata Mohammed, the District Girls Education Officer indicated that their swift intervention to rescue the girl enabled them to facilitate her admission to SHS. She said the district recorded a total of 41 cases of teenage pregnancy and child marriage in 2017 with three cases recorded so far this year. She noted that the District Education Directorate, in collaboration with the Ghana Police Service, has also rescued many girls in similar situations. According to her, all the girls who have been rescued have been sent back to school.

Charity Batuure, Acting Upper West Regional Director of the Department of Gender, bemoaned the rate of child marriage in the district especially in the Zinye community. She added that the practice has become a blockade to girls’ ability to progress after Junior High School (JHS). She added that the Ministry of Gender, Children and Social Protection (GCSP) is worried about the situation, and stressed that having a community where most girls fall victim to teenage pregnancy, child marriage or become domestic helps is bad for the future of girls.

Madam Batuure said the GCSP Ministry is spearheading a number of campaigns such as the Ghanaian Against Child Abuse (GACA) and the “He For She” campaign.

Mumuni Dindie, Director in charge of Basic Education in Wa East also bemoaned the alarming rate of child marriage and teenage pregnancies in the Zinye community, and therefore called for drastic measures to be taken by stakeholders to address the menace.

Naa Abdulai Alhassan, the Chief of the community said he will support to ensure that anyone involved in the practice is apprehended in order to protect girls and their future.