Campaign launched to protect kids from being targets of tobacco companies 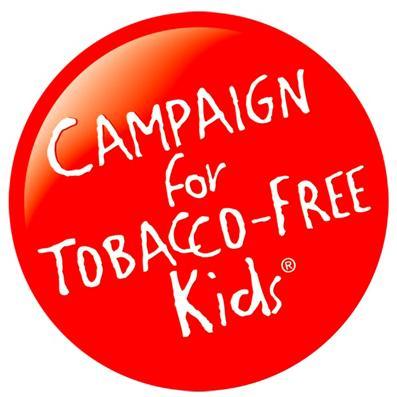 A global campaign dubbed, “Big Tobacco, Tiny Target” has been launched to stop companies in the manufacture and sales of tobacco products from targeting kids worldwide. The campaign is launched by, The Campaign for Tobacco-Free Kids, an international organisation.

The effort would focus on Philip Morris International, British American Tobacco and other tobacco companies whose products are being systematically promoted and routinely sold to kids around schools and playgrounds frequented by young people.

The campaign which would be carried out through crowd-sourcing technology and social media would empower citizens across the world to help document tobacco marketing that target kids.

“With just a mobile phone, citizens in any country can take a photo of tobacco advertising near schools, playgrounds and other kid-friendly venues and upload the data to the campaign hub.  The information collected will be used to inform governments.”

This was made known in a statement from the Campaign for Tobacco-Free Kids office in Washington, US and copied to the Ghana News Agency on Friday.

It said the campaign launch followed an investigative report by The Guardian which exposed how Philip Morris, British American Tobacco, Japan Tobacco and Imperial Tobacco were aggressively marketing cigarettes and other tobacco products near primary and secondary schools in more than 22 countries.

The statement said: “Based on data collected by researchers at Johns Hopkins University and non-governmental organizations, the story shines a spotlight on a key tactic tobacco companies use to target children, particularly in low- and middle-income countries.”

It said according to the Guardian, “School children around the world are being exposed daily to cigarette advertising and promotions by a tobacco industry that needs to recruit the young to maintain its vast profits.”

The industry’s tactics are similar in countries spanning the globe which include large advertisements, promotions for cheap and even free tobacco products, and high-visibility product placements by stores, street vendors, kiosks and other retailers surrounding schools, the statement said.

It said tobacco products, advertisements and branding were often visible from inside schools or right outside school entrances, making it impossible for kids to avoid them.

“The consistent presence of Philip Morris and British American Tobacco brands prominently displayed and sold next to elementary schools, in country after country, cannot be a coincidence.

“This is clear evidence that these giant tobacco companies are targeting young children near their schools, often in poor countries where laws are weak and the companies think they can get away with this despicable behaviour,” said Matthew L. Myers, President of the Campaign for Tobacco-Free Kids.

“These companies’ actions show why they can’t be taken seriously when they claim to be responsible entities that are helping to solve the tobacco problem. The targeting of kids near schools leaves no doubt that they’re the main cause of the problem, not the solution,” he said.

Myers said: “Through our new campaign, concerned individuals around the world can take action and shine a light on this tactic by Big Tobacco so that governments, advocates and consumers can stop this deadly activity.”

Dr Joanna Cohen, the Director of the Institute for Global Tobacco Control at Johns Hopkins University, said: “Across several countries, our research found similar patterns of tobacco advertisements around schools and places frequented by young people.