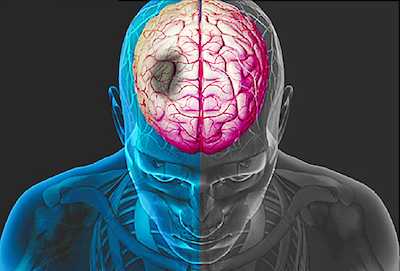 Dr Fred Stephen Sarfo, a neurologist at the Kwame Nkrumah University of Science and Technology in Kumasi, who was part of the study said, “We are seeing way more hemorrhagic stroke [in Africa] than in the West, and we need to understand what’s driving this”. Hemorrhagic stroke is of particular concern because it is so likely to be fatal, Sarfo says.

It is worthy to note that, this type of stroke also highlights the danger of hypertension, another health issue that is increasingly widespread in Africa. The study found that hypertension is to blame in more than 90 percent of hemorrhagic stroke cases.

According to the World Health Organisation, cardiovascular problems such as hypertension were once rare in Africa, but today, the continent has the world’s highest rate of high blood pressure, afflicting nearly 50 percent of the population.

Epidemiologists have found that as African countries develop and become more urban, the profile of disease is rapidly changing. Infectious diseases such as malaria, tuberculosis and HIV, which have been major in the continent have been joined by noncommunicable, long-term diseases. These ‘new’ diseases are often associated with a more inactive lifestyle and increased consumption of tobacco and processed food.

The WHO has predicted that diseases such as cancer and heart and respiratory disease, will increase by 27 percent in Africa in the next 10 years. It adds that deaths from such diseases will exceed those from infectious disease and other traditional health problems. The number of people in Africa with hypertension is also projected to rise from 80 million in 2000 to 150 million by 2025.

Dr. Prebo Barango, a noncommunicable disease specialist for the WHO in Zimbabwe says WHO surveys have shown that in some African countries, as many as 70 percent of those with high blood pressure are not aware of their condition. As a result, it very often goes undiagnosed and untreated.

According to Dr Sarfo, Ghanaians face other challenges with access to effective hypertension treatment in addition to lack of awareness.

He recommends that people at risk of such conditions should eat more leafy green vegetables, stop smoking, exercise more and take their blood pressure medicine as prescribed.

0 responses on "Cases of stroke increase rapidly in Africa"