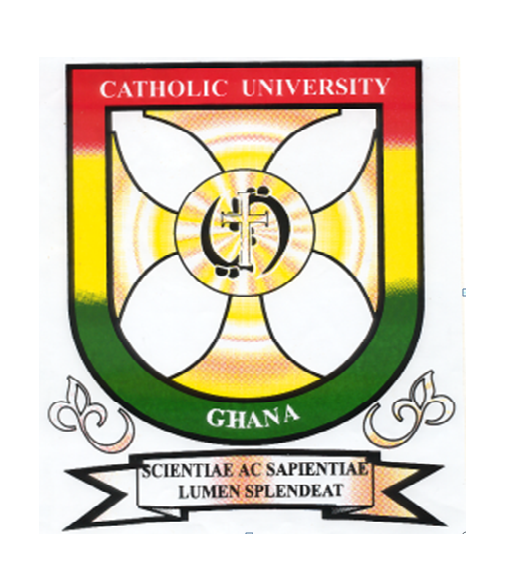 The Catholic University College of Ghana (CUCG) chapter of the Entrepreneurship Action in US (ENACTUS), a student social enterprise group, has been crowned the ultimate winner of the 2018 national Duapa Challenge competition.

It was adjudged the overall winner of the competition with a project titled “Prison Made”, which the group is implementing at the Sunyani Central Prison.

The piloted project is aimed at offering employable skills training to interested inmates at the Central Prison in order to enhance livelihoods after serving their sentence.

ENACTUS-CUCG entered the final competition with other student entrepreneurs from the University of Ghana, Ashesi University, Ghana Institute of Management and Public Administration, and the Kwame Nkrumah University of Science and Technology.

Agbesi Worlanyo, David Marquis and Miracle Efoema, who represented the ENACTUS-CUCG, presented the award to management and staff of the University at its campus at Fiapre, near Sunyani on Thursday.

Master Agbesi, the team leader, explained that the project has trained nine inmates of the Central Prison on leather works, adding that it was working to assist the inmates with start-up capital so they can easily set up their businesses after serving their sentences.

They are mainly manufacturing leather sandals and slippers.

Master Agbesi said even though many of the inmates had embraced the project, they could not train more inmates due to lack of funds, and appealed to business entities and philanthropists to help the group achieve its objectives.

He urged the public to stop stigmatization of ex-convicts, saying reformation of prisoners and their reintegration into society remains a collective responsibility.

Master Agbesi observed that because of societal stigma, many ex-convicts preferred life in prison and become hardened criminals.

Professor Daniel Kwabena Obeng-Ofori, the Vice-Chancellor of CUCG, said the award has made the university proud and commended the winners for their innovations.

He explained that university education was meant to empower graduates to analyse things in their own way, and fetch themselves jobs.

Prof. Obeng-Ofori advised other students to take their studies serious and be innovative to avoid over-reliance on government for jobs.