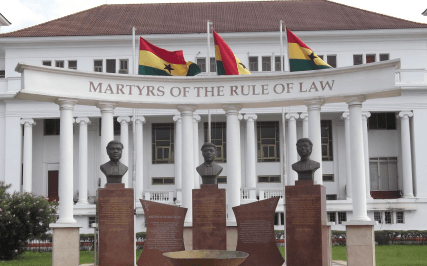 There are calls for the scrapping of the Independent Examination Board (IEB) of the law school following the huge failure of students in the 2017 Bar exams. Former Director of the Ghana School of Law, Kwaku Ansah-Asare, and President of the Students’ Representative Council (SRC), Samuel Gyamfi, firmly believe that the exams body has no legal backing.

Mass failure has been recorded after 81% of students failed the exams administered by the Independent Examination Board. This has reignited calls for the IEB which was set in 2013 as a measure to curb examinations leakages, to be scrapped.

Identities of the examiners  working on the EIB are hidden. However, there is no law backing the operations of the independent examinations body.

President of the SRC at the Ghana Law School, Samuel Gyamfi said it took the IEB nine months to mark barely 600 scripts and students who failed the exams were not given the opportunity for re-marking. He explained that the IEB only agreed to re-collate marks after aggrieved students paid an amount of 650 cedis.

‘Even with this concession, it was found that some students who had initially failed later passed, forcing the IEB into further concessions’, he said.

The IEB now remarks scripts and charges 3,000 cedis for each request. Samuel Gyamfi added that despite the hidden identities of the examiners, they have found out that one of the examiners is a Chartered Accountant with no legal training. He  also claims that some of the examiners live abroad and set questions on topics which have not been treated in class and are outside the syllabus. According to him, this happens because the examiners have no clue what is taught in class.

‘Why do you lend credibility [to IEB] by going to write the exams if you know the IEB is illegal? The IEB should be scrapped immediately, he said. Prof. Ansah accused the Chief Justice and the Attorney-General of hijacking the General Legal Council.