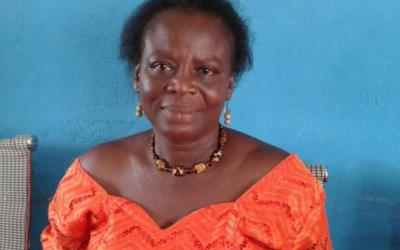 The Upper West Regional Girls’ Education Officer at the Ghana Education Service (GES), has said, no girl child has completed the Sawoubea Junior High School (JHS) in the Wa East District since its establishment about 25 years ago, due to child marriage.

Madam Annacleta Viiru made this revelation at a forum in Wa during the weekend, expressing her disappointment, she said the situation is worrying as the girls are denied their right to education and development. She added that the highest educational level girls in the area have ever attained is JHS Two before being married off.

The Girls’ Education Officer attributed the challenge to cultural practices and called for concerted efforts by stakeholders to enable girls to have access to education to develop their full to their potential.

She said several factors such as teenage pregnancy, elopement, abduction and puberty rights are affecting the education of girls in the region and called for stiffer punishment for perpetrators of the acts to serve as a deterrent to others.

According to her, “last year about eight girls were sent for marriage and the teachers reported to the Wa East District Gender Desk Officer and we picked the matter up”.

She, however, regretted that at the time of the intervention, two of the girls were pregnant and one had already given birth.

She also bemoaned the lack of resources and logistics constraining  the efforts of her unit to effectively  monitor girl child education in the region.

Students Urged to Pursue Knowledge Not Certificates
AMAZON IS GIVING FREE ACCESS TO SELECTED BOOKS ON AUDIBLE
Stakeholders Trained on New Curriculum
COVID 19: AN OPPORTUNITY TO RESHAPE EDUCATION IN GHANA-GNAT
Corporal Punishment Is Illegal — GES Warns
Parents Must Invest in Their Children's Education
No plans to eliminate single-sex schools - Education Ministry
“2020 IS THE YEAR OF READING”- GHANA LIBRARY AUTHORITY
Parliament Waives Taxes And Duties On Maths Sets To The Tune Of $3.2 Million
Brilliant girl rescued from child marriage