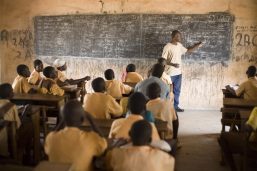 “Henceforth, any GES/private school staff who inflicts corporal punishment on any child in our schools will be dealt with per the policy guidelines of the service and subsequently referred to the appropriate institution to deal with it,” a statement signed and issued by the Director-General of the GES, Mr Jacob Kor, warned.

The statement explained that the directive was in line with the United Nations Convention on the Right of the Child (CRC), which was rectified in Ghana in 1990 and the Children’s Act of 1998 (Act 560).

“We strongly advise that teachers, educational workers and staff of public and private educational institutions should continue to exhibit the best professional conduct throughout the entire process of educational service delivery to pupils and students, without having to resort to corporal punishment,” the statement concluded.

In an interview, the Head of the Public Relations Directorate of the GES, Rev. Jonathan Bettey, explained that it was becoming public knowledge that teachers continued to apply the cane even though the  GES had banned the practice.

He said there were instances where in the course of administering corporal punishment, the teachers ended up deforming the pupils.

Rev. Bettey said the service was serious with the directive, adding; “Any officer of the service who is found to have flouted this directive does so at his or her own peril.”

He said there were different ways by which pupils or students could be punished, citing for instance, giving such students assignments to do while their mates were playing during break time, as a typical kind of punishment that teachers could administer on students.