Detecting Signs Of Drug Abuse And Novels On The Subject 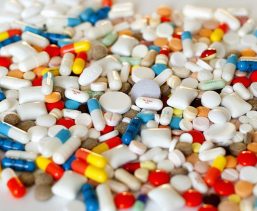 Detecting Signs of Drug Abuse and Novels on the Subject

There are different signs that go with the abuse of drugs because every drug type has its own symptoms. However, there are some common signs that one can use to detect drug abuse.

When these signs are clear, educators must not brush it aside. A little attention should be given to it to rule out doubts. If an issue is suspected, the student’s family should be made aware without speculation or accusation.

Find below some of these signs:

This is not to say that these are the only signs but generally, these will guide you to detect signs of abuse. Aside statistics and vivid details of what abuse of drug, alcohol and sex stated in the article preceding this, stories-real life stories also inspire and give students real scenarios to relate with or discuss amongst their peers.

Some of these books are:

1. Lockhart, E. We Were Liars. New York, N.Y.: Delacorte; 2014.
Talks about how a young adolescent who usually spends his long vacations with his wealthy relatives is faced with some tough decisions including alcohol intake. How he deals with the situation is worth noting.

2. Deuker,Carl. Gym Candy. New York, N.Y: Houghton Mifflin;2007
It is a novel for football fans. Mick Johnson, the protagonist is challenged with the abuse of a different kind of drug, steroids. It also touches on the important issues of peer and parental pressure and the extraordinary struggle today’s young athletes face under the glare of the often unforgiving stadium lights.

3. Greene, John. Looking for Alaska. New York: Dutton Books;2005
Accompanied by his roommate and the sweet Alaska, Miles joins a group of brainy but psychologically troubled students who spend their time drinking, doing drugs, smoking and playing pranks. The novel is set in a boarding school in Alabama and spells out some of the pressures adolescents go through especially when they are away from their guardians.

4. Anderson, Laurie Halse .Twisted. New York: Vikings Publishers;2007
It is a novel on authentic teenage experiences centered specifically on a teenage party that goes out of control.

5. Hopkins, Ellen. Crank. New York: Simons and Schuster Publishers;2004
Based on the daughter of the author, Hopkins raises the issue of teenage girl who becomes addicted to crystal meth. The book is so revealing and powerful and every high school student should read it.
Beyond statistics, general discussions and morality talks, teenage students need to be guided to read relevant material on abuse and its effects for themselves. Teachers, please encourage parents to pick books which entertain and teach or guide at the same time.