Do You Need To Close The Door After It Has Been Opened For You? 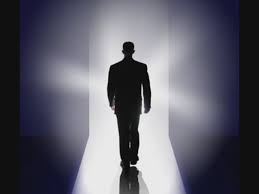 Not many people can be polymaths but everyone has the ability to take a shot at it. In Ghana today, many people tag themselves as authorities in one field or the other and command various spaces; sometimes with very high qualifications and practice to go with it, others with just many years of on-the job-practice and other times a ‘calling from above’ that one was born to be an expert. By calling, practice, education or all three being an expert is a good thing to pride one’s self with. Predominantly because a little learning is a dangerous thing. Pope, the originator of the saying in his Essay on criticism (1709) sums it up as such; ‘A little learning is a dangerous thing. Drink deep or taste not in the Persian spring.

In my attempt at growing to become an expert or become a command in one area, I realize daily that there are many things I will have to deal with in order to arrive at my purported destination. There are the experts who feel they are custodians of the space I want to get into. They play the gate keeping role very well and determine whether you should be let in or not. Those who have been let in had to openly declare how much inspiration they draw from the gate keeper, how their dreams would have died but for them. Whether true or not they did not have to tread too far from the ideologies of the ‘by force’ mentor in order to get  in  in one piece. Even when you had contrary views, you could not let them out without being called names. The strong at heart fight it and the patient ones wait for them to die and then they command the space.

I also realize that it is believed that expert groups are relevant when it has few members and so a lot of attempt is made to make entry difficult. Information that will arouse the interest of others to want to get in is also kept sacred but the negatives are shared with passion.

This observation makes me realize that Ghana is made up of experts, upcoming experts and what I call amateur-experts. I aim to be anything but the latter. Being a Christian, I am justified to think that Jesus did not hide the good news from mankind. He opened up His arms to everyone who was willing to learn. He did not bring it to a select group of people. He did not care if they shared in His ideology or not. Yes, he chose disciples and they in turn identified people to help them in their ministry and because of this self-less attitude, I can boast of having no course to miss heaven. Let’s equate or experts to Jesus. Do they mentor people who are willing to learn because of what we stand to gain in some years to come?

Do they keep the gate closed to people who will not make the profession/field remain as attractive as it is to them? Or most importantly do they make it just difficult to enter because it was difficult to get in too?

Finally ,considering the fact that learning is a continuous process, even experts need to be take every available chance at learning a thing or two after all ‘what gets measured gets done’ and the unexamined life isn’t worth living’.

Ashly Lorenzana says that ‘Even if you think you’re doing well and have it all figured out, there is a voice you will always inevitably hear at some point which nags at you and says ‘but wait…’. Don’t ever dismiss it, listen to what it has to say. Life will never be close enough to perfect, and listening to that voice means stepping outside of yourself and considering your own wrongdoings and flaws’. Sometimes that little voice Lorenzana describes may not be in your head but from a child, an employee, a novice but it is worth considering. It is those who are behind you who see your back better than you who owns it.

So as an everyday learner who aims to be a teacher, I have already learned an important fact in my journey: I should allow myself to be evaluated and examined and I must hold a hand on my journey;mentor others and not discourage them. I have also learnt to read more, observe more and listen better.

0 responses on "Do You Need To Close The Door After It Has Been Opened For You?"