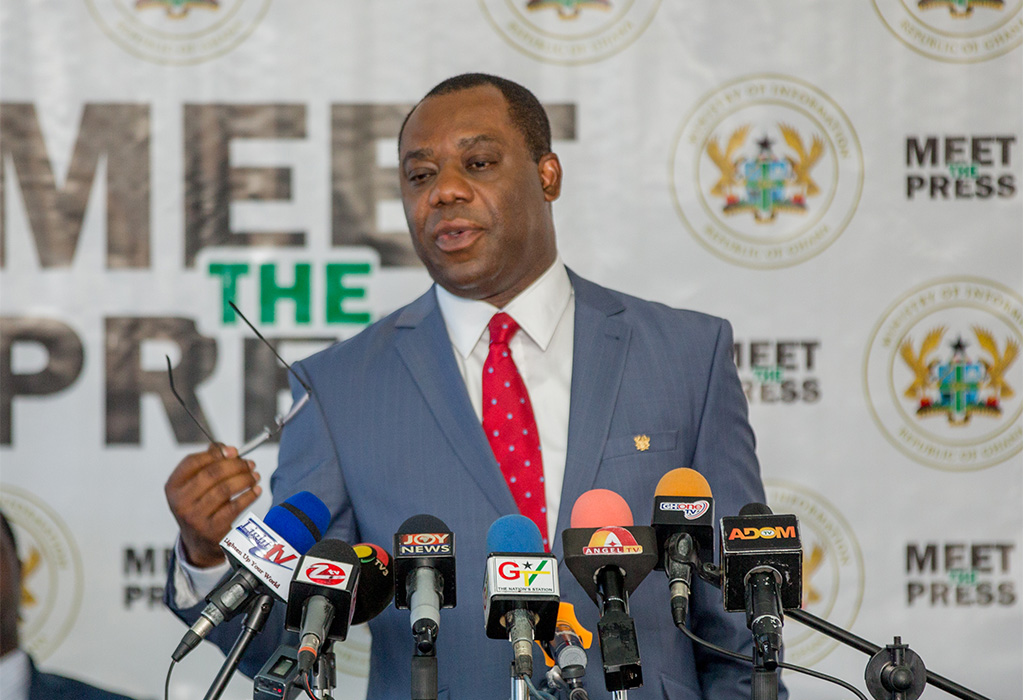 When the next academic year begins in September, second-year students in Senior High Schools (SHS) will remain on the double-track system. This is according to the government.

The announcement follows the delay in the execution of the additional projects being embarked on by schools operating the double-track system in the country.

The Minister of Education, Dr Matthew Opoku Prempeh, who announced this when the ministry took its turn at the meet-the-press series in Accra Wednesday [July 24, 2019] however said the phasing out of the double-track system for the second-year students would be based on when the additional infrastructure would be ready in each school.

The government earlier this year released $500 million from the securitization of the Ghana Education Trust Fund (GETFund) for the completion of abandoned infrastructure and the construction of new structures in the double-track schools.

About 766 abandoned and new structures were to be completed across the country, especially in schools running the double-track system to provide enough classrooms to phase out the system for second-year students from September this year.

The understanding was that the double-track would only be operational at the first-year level, as the students would move on to a single track when they progressed to the second and third years.

However, Dr Prempeh explained that even though the fund had been released, some of the contractors had not been able to complete their projects, “and so Cabinet had to decide that we will still do the double track but as the project comes on stream, we will move it into single track. We had to be realistic”.

He explained that as and when a school was able to complete its additional infrastructure, it would obviously move its form two students into a single track.

“So it is going to be school by school, infrastructure by infrastructure,” Dr Prempeh said, explaining that even those schools which were operating single tracks could be moved to double-track depending on the number of students who applied.

He said if it so happened that a single-track school that could admit, for example, 600 students and the number of candidates applying for admission was more, then that school would be moved into the double track.

He gave the assurance that whether it was single or double track, “does not make a student loos a single contact time.”

He explained that the double-track system was meant to ensure that no child was left out in the government’s commitment to delivering assessable, equitable and quality education for all.

According to the minister, the first semester for 2019/2020 academic year, will begin on September 16, 2019, for the Green Track students for both the first and second-year students, who will be in school until November 7, 2019, when they would begin their first vacation.

For the Gold Track students, they will begin their first semester on November 12, 2019, through to February 28, 2020, when both tracks will end the first semester.

Additional information on the system explained that, for the Gold Track Students, their second semester begins on May 14, 2020, until September 4, 2020, when both tracks would have ended the semester together.

It said, third years, however, will be reporting to school for the first semester on August 19, 2019 until December 20, 2019, when they would have ended their first semester and to resume on March 2, 2020, up to June 10, 2020, before the commencement of the West Africa Senior School Certificate Examination (WASSCE) which begins on July 10 to September 5, 2020.

The third years will use the August 19 to September 16 as a one-month intervention session on campus, before commencing the official first semester on September 16, 2019.