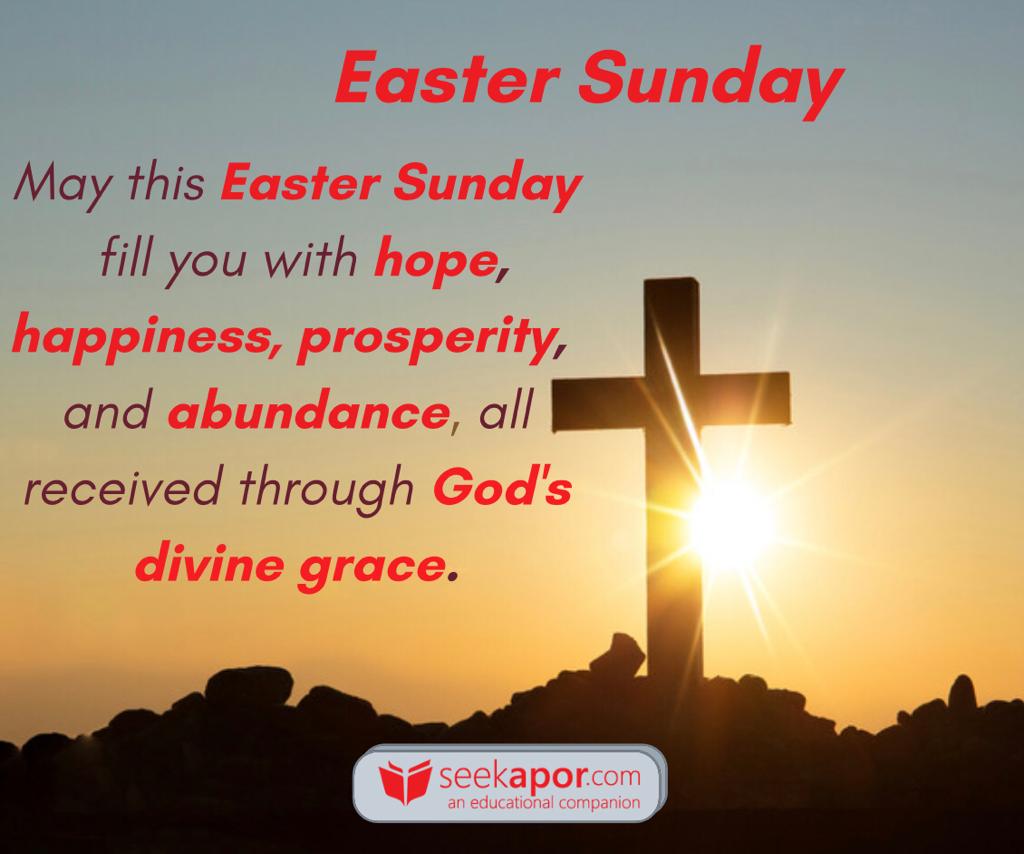 Easter is the most important Christian festival of the years – it’s when Christians celebrate the resurrection of Jesus Christ. The Bible says that Christ died on the cross on a day called Good Friday. According to the Bible, Jesus was then resurrected and came back to life on Easter Sunday.

The significance of Easter is Jesus Christ’s triumph over death. His resurrection means the eternal life that is granted to all who believe in Him. The purpose of Easter also means the full confirmation of all that Jesus taught and preached during His three-year ministry. If He had not risen from the dead, if He had simply died and not been resurrected, He would have been thought just another teacher or prophet. However, His resurrection rebuked all that and provided final and undeniable proof that He was really the Son of God and that He had overcome death once and for all.

The resurrection of Jesus Christ from the dead is the core of the Christian gospel. Saint Paul says that if Christ is not raised from the dead, then our preaching and hope are in vain (1 Cor. 15:14). Certainly, without the resurrection, there would be no Christian preaching or faith. The apostles of Christ would have continued as the disheartened group which the Gospel of John depicts being in hiding for fear of the Jews. They were in total despair until they met the risen Christ (John 20:19). Then they touched Christ’s wounds of the nails and the spear; they ate and drank with Him. The resurrection became the foundation of everything they said and did (Acts 2-4): “…for a spirit has not flesh and bones as you see that I have” (Luke 24:39).

The resurrection affirms Jesus of Nazareth as not only the prophesied Messiah of Israel but as the King and Lord of a new Jerusalem: a new heaven and a new earth.

Your Child Has Four Emotional Needs. Are You Meeting Them?
A year on: Impact of Covid-19 on education
Chocolate, Wine And Bed
Dyslexia In Children
INTERNATIONAL DAY OF THE GIRL; WHY CELEBRATE?
Resources And Avenues For Sex Education
Let’s get CYNICAL with the meanings of some words beginning with the letter ‘A’
GLA Marks World Book Day in Central Region
NaCCA orders withdrawal of unapproved textbooks
The Use Of Local/Ghanaian Language