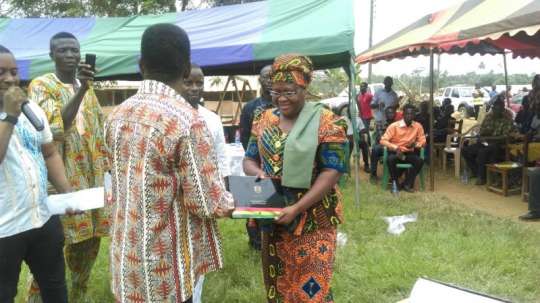 The Ministry of Education has put in place a three-year strategic plan to provide public basic schools with computers within three years to fast track the learning of Information and Communication Technology (ICT).

Professor Kwesi Yankah, the Minister of State in charge of Tertiary Education, said the plan aimed at providing equal opportunity for all children of school going age to become computer literate.

He expressed regret that in the 21st Century where computers had made the world a global village, some children in Ghana only see computers on television or in books.

He said the non-availability of computers made practical lessons in ICT difficult, with some teachers in rural areas having to improvise to teach the children.

Prof. Yankah said this situation had compelled the Ministry of Education to draw the three-year strategic plan to ensure that every child of school going age got the opportunity to learn ICT, practically.

He said the computer was a panacea to poverty, hunger, diseases, human resource development and economic empowerment and asked teachers not keep the computers in their offices but use them to teach the children.

Prof. Yankah said the Ministry would soon issue a priority list for the construction of dilapidated classroom blocks of junior high schools.

Mr Dennis Armah-Frempong, the District Chief Executive (DCE) of Agona East, said the Assembly had submitted the designs for the construction of junior high schools and completion of teachers’ bungalows to enhance teaching and learning.

Madam Vida Mintah Amoah, the Agona East District Director of Education, expressed concern about the increase in teenage pregnancy cases among school girls and appealed to the parents and other stakeholders to help reverse the trend.