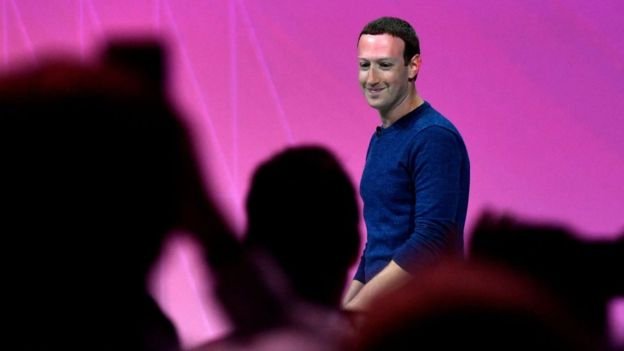 Facebook and Instagram will finally ban white nationalism and white separatism on their networks in a move that will be implemented next week.

The decision, first reported by Motherboard but announced by Facebook on its website, comes after the social media giant spent years splitting hairs about the difference between white nationalism and white supremacy.

And there’s still the question of how well Facebook can police white nationalist content among its 2 billion users.

“Our policies have long prohibited hateful treatment of people based on characteristics such as race, ethnicity or religion – and that has always included white supremacy,” Facebook said in a statement posted to its website.

But the social media company added a bizarre rationalization of its previous decisions by invoking “American pride” and Basque separatism, an ethnic separatist movement in Spain for the minority Basques that dates back to the 1950s.

Facebook has officially banned white supremacist content since at least last year, but the company deemed white nationalism and white separatism as perfectly acceptable. White nationalism is a belief that white people should be in charge of a given nation, while white separatism is a desire to establish a whites-only nation by banishing people of color and heavily restricting immigration.

Both ideologies rely heavily on the concept of white supremacy, the idea that people ofcolor are inferior to white people, despite the fact that the basic question of who counts as “white” is something that racists can’t even agree upon. Facebook has seemingly decided that it’s not worth trying to distinguish between white supremacy and other forms of racism.

“We decided that the overlap between white nationalism, [white] separatism, and white supremacy is so extensive we really can’t make a meaningful distinction between them,” Brian Fishman, policy director of counterterrorism at Facebook, told Motherboard. “And that’s because the language and the rhetoric that is used and the ideology that it represents overlaps to a degree that it is not a meaningful distinction.”

According to Motherboard, Facebook will ban phrases like “I am a proud white nationalist” but “implicit and coded white nationalism and white separatism” will still be allowed. Facebook did not immediately respond to Gizmodo’s request for clarification about what would specifically be banned.

Facebook will also launch a new program on the website to redirect people who are searching for white extremist content to get help. Anyone searching for white supremacist keywords will be encouraged to visit Life After Hate, a Chicago-based nonprofit that tries to show white supremacists that they don’t need to be involved in such hateful ideologies.

White nationalist Richard Spencer was kicked off Facebook in April of 2018 but it’s also not clear where that leaves high profile figures whose views often align with white nationalism like Fox News host Tucker Carlson and Iowa Representative Steve King. Both have expressed explicitly white nationalist talking points about “replacement” of white people in American society.

Those talking points were also central to the manifesto of the 28-year-old Australian terrorist who killed 51 people at two mosques in Christchurch, New Zealand earlier this month. The terrorist livestreamed his massacre on Facebook and social media companies have come under fire for not doing enough to police extremist content on their platforms.

The company says it’s trying to get better at identifying extremism by using AI and machine learning.

We also need to get better and faster at finding and removing hate from our platforms. Over the past few years we have improved our ability to use machine learning and artificial intelligence to find material from terrorist groups. Last fall, we started using similar tools to extend our efforts to a range of hate groups globally, including white supremacists. We’re making progress, but we know we have a lot more work to do.

But at least Facebook now acknowledges that there’s no real difference between the ideologies of white supremacy and white nationalism. Better late than never?

Facebook provided Gizmodo with the following examples of posts that would be taken down:

“I am not anti-Muslim, I just think white people need their own separate nation.”

“Asians are taking all of our jobs. This is why white separatism is the only way we can survive.”

“What’s the answer to this immigration problem? White separatism.”