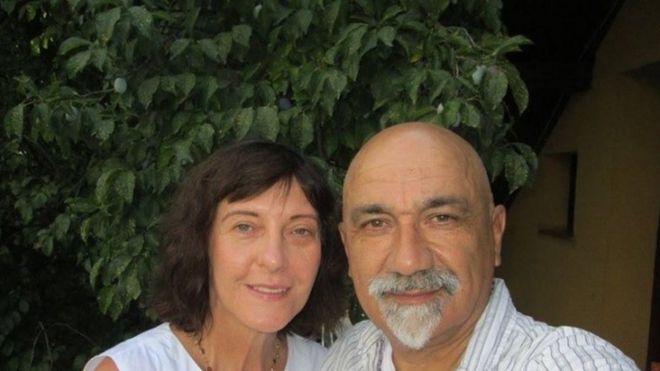 Facebook has been ordered by a UK high court judge to reveal who told it to delete the profile of a jazz musician and his band, six months after he died.

The Times reports that the firm said it had acted on a request but had declined to reveal to the family who had instructed it.

Mirza Krupalija’s partner Azra Sabados says she is certain that it was not a family member or friend.

She said losing his posts and messages felt like losing him “a second time”.

Mr Krupalija, who lived in Sarajevo, suffered a fatal heart attack just after his 57th birthday in 2016.

“It’s that feeling, you lose someone you love and you try to hang onto everything, and then something happens and you can’t explain that either and nobody knows, none of the friends, none of the family,” Ms Sabados told the BBC.

“Lots of Mirza’s profile included me and our travels, our photos, music he shared, some for me, some for friends, his profile stated that he was in a relationship with me – they could have dropped me an email to check [before deleting it].”

Ms. Sabados’ lawyer Greg Callus from the law firm 5BR confirmed to the BBC that Facebook is now required to provide the details under what is legally known as a Norwich Pharmacal Order – where Facebook is innocent but may have information about a third party who could be involved in wrongdoing.

The firm will have 21 days to respond.

“It meant so much to me that in court the judge agreed that what was done was wrongdoing, it wasn’t right, it wasn’t fair, it caused a lot of distress.

“We want Facebook to say exactly what their process is when they receive such a request – behind that profile was a human being and there are lots of people affected, a circle of friends who love that person.”

Ms. Sabados and her friend Ognjen Savija launched an online petition two years ago calling on the firm to restore Mr Krupalija’s profile and private messages. It has had over 850 signatures.

0 responses on "Facebook ordered to explain a deleted profile"