About four months ago, social networking giant Facebook announced its own version of the time tracking functionality that many companies including Google and Apple have already implemented.

Over the past few months, consumer technology companies have begun including some form of time tracking into their platforms and operating systems to help indicate to users their use patterns and how long they spend in apps and other usage patterns, to create healthy consumption of the technologies we have all come to love. 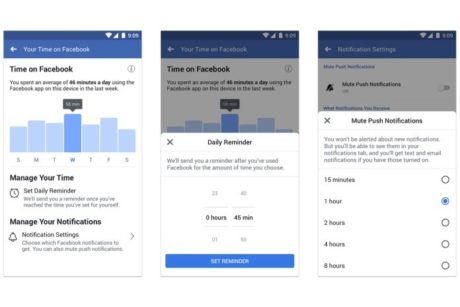 Facebook’s version is no different from the implementations we have seen before: It tracks how much time you have spent on the Facebook app, allows you to block notifications after a set amount of allowed time has elapsed in order to promote good usage habits to prevent users from spending too much time on the platform as social media and electronic device addiction continues to grow rampant.