Families Urged Not to Burden BECE Candidates with Chores 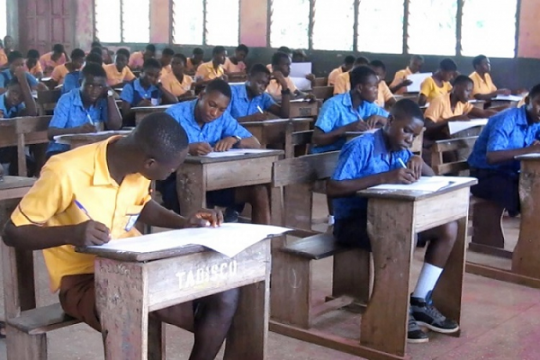 With the Basic Education Certificate Examination (BECE) upcoming, Headteacher of Bishop Essuah Memorial Junior High School in Takoradi, Mr Clement Afrane, has asked parents not to overburden their wards preparing for the exam with household chores.

He urged them to rather encourage them to take their studies seriously instead of over burdening them, especially the girls with too many chores.

“Give them time to learn and come out with flying colours, they have less than a month to write the Basic Education Certificate Examination and need quality time to study”.

Mr Afrane made the call during a Parents Teacher Association meeting, where he briefed parents on the activities of the school and preparations the school had made towards this year’s BECE.

The headteachers also urged parents to ensure that their wards reduced the time they watched television programmes and make sure they had enough rest with good feeding.

He said the school has organized morning, afternoon and Saturday classes for the final year students to adequately prepare them for the forthcoming BECE and asked parents to encourage their wards to fully participate in the classes.

Mr Afrane said three mock examinations had so far been held for the candidates and that the fourth and final one would be held in the first week of June before the start of the BECE slated for 10 June, 2019.

He tasked the candidates to take their studies seriously and not to rely on juju, cheating and evil ways to pass their examination.

He said the wearing of rosaries, talisman and other armbands were banned in the school and that anyone caught would be made to face the music.

To the rest of the students, Mr Afrane warned that the school would not embark on mass promotion, but that only the best students would move to the next class.

The parents expressed their gratitude to the school for the quality tuition and moral values being instilled on their wards.