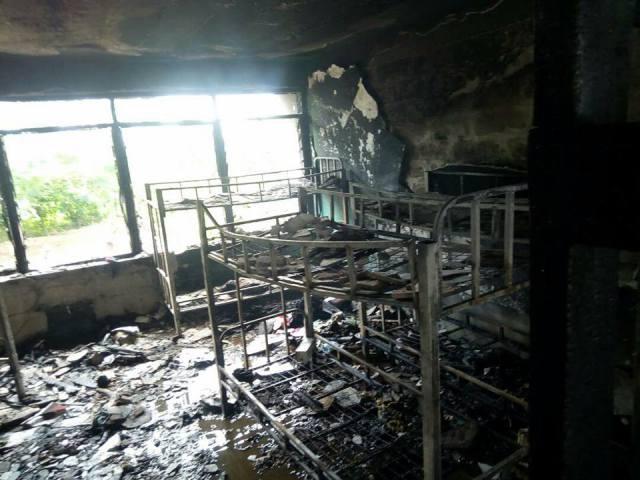 Hundreds of students of the Asuom Senior High School in the Kwaebibirm District of the Eastern Region have been displaced after fire gutted their dormitory on Sunday morning.
The incident happened less than 24 hours after a gas explosion occurred at Atomic Junction in Accra.
School authorities have explained that the fire started at 7am on Sunday morning when students were at church service, destroying several properties belonging to the students. Three rooms in the school were affected by the fire, with property in one of the rooms completely destroyed.

Abrefa Busia, Assemblyman of the area who is also a teacher at the school said he first noticed thick smoke emanating from one of the rooms close to his residence. According to him, some of the students were called to help salvage the situation as they waited for personnel of the Ghana National Fire Service to arrive. Mr Busia narrates that they had to leave the scene when the fire became more intense.
Even though the cause of the fire is yet to be ascertained, the fire fighters who arrived in a timely manner took several hours to put it out.

Fortunately, no injuries have been recorded in the school.