FIVE WOMEN CHANGING THE FACE OF SCIENCE IN GHANA 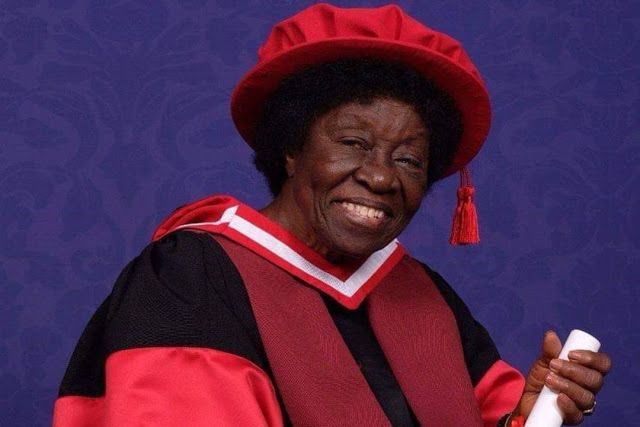 Women in recent times have been conquering unchartered territories and breaking glass ceilings in all fields of endeavour. Ghana has seen its fair share of such women especially in the field of science. It is safe to say because these women have achieved so much other young women can dream of becoming a better version of themselves.

She conducted her research on Simuliidae(black fly), because of its relevance as the vector for onchocerciasis (river blindness), under the supervision of Dr. Noel Hynes, a freshwater biologist.

It has been 56 years since she obtained her doctorate and has helped inspire other women to venture into the field of science.

Professor Marian Ewurama Addey is also another woman who paved ways for women in science. She was a biochemist by profession and the first host of National Science and Maths Quiz. She was also the first female professor in natural science and has received several awards honouring her achievements.

Another woman paving ways for young women in science is Yaa Ntiamoah-Badu. She is Ghana’s first female professor of Zoology and was a Pro-Vice-Chancellor for the University of Ghana in 2017.

Professor Angela Ofeibea is Ghana’s first Optometry; she is an expert when it comes to short-sightedness. She is the first professional Optometrist to lead the department of optometrist and Visual Science at the Kwame Nkrumah University for Science.

Dr Marian Asantewah Nkansah is one of the youngest professors of science in Ghana. At age 40 she has two international awards under her belt and has been featured in the first-ever book on women in science. She has written several publications and is a member of the Royal Society of Chemistry.