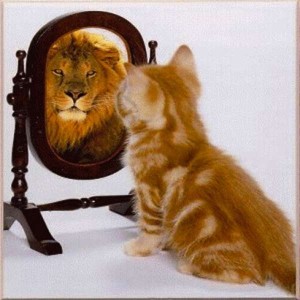 Perception is what one sees from an angle while reality is what is actually happening; the true state of affairs and almost everyone seems to believe that reality should be supreme and there are so many sayings to back this:  Don’t judge a book by its cover, appearance is deceptive, etc but pardon me, I beg to differ. Reality is real and factual but Perception is stronger.

Now let’s analyse this with examples:

We do not know Mugabe; we have never met him, neither have we spoken to him. All we know about him is influenced by the media, which MAY not be the true state of affairs. No one cares about that anyway, all we know is that he ruled for long and his tenure had to end. With this perception, a man has lost a position he has held since 1980.

I’m sure growing up, The Cosby Show was one of the programmes we all loved to watch on T.V and we loved Bill Cosby due to the character he played in the show. He has been nominated 22 times for the Grammy’s and he has won 9 times.

Fast forward, Cosby is facing trial on charges that he drugged and sexually assaulted Andrea Constand in 2004. This allegation, (since a final judgement has not been given) has caused most of his fans to form a perception of him, which is stronger than what the reality could be.

Dasebre Dwamena was a popular high-life Ghanaian musician who was wrongly remanded in custody by Uxbridge Magistrate court in London for attempting to smuggle cocaine into the UK. This was not the case and he was discharged and compensated.

Upon his return to Ghana, the musician complained that the issue had affected his career as he had lost majority of his fans. Most of them had formed some perceptions about him and even though he had been set free, the perception was hard to erase.

There are so many other instances where ladies who wear anklets, revealing clothes or have multiple piercings and tattoos are perceived to be prostitutes while men who wear a beard, have piercings and wear their trousers below their waist are perceived to be irresponsible. Some of the young men and women with these tags carry it for life even when they try hard to change these perceptions.

So instead of deceiving yourself that  what people think does not matter, work on the kind of brand you create for yourself, the kind of message your actions send across, your relationship with people, your mannerisms, your tone, your appearance etc. because the signals people pick from these acts can make or unmake you. Remember too that we do not live in isolation on an island.

Does this scenario trigger anything in your mind?

You: Mr. A is a very difficult person. I heard him shout at his houseboy and refused to budge when the man begged for forgiveness.

Me: Oh, are you sure? He is a very nice person. He offers to give me rides to my destination when I meet him at the junction.

She: If he did that to the man, then he is a bad person. I won’t give him the slot then.

Think about the number of artisans, teachers, musicians, relatives, acquaintances, bosses and others whom we have formed negative impressions about because of an action. People are losing opportunities because of the perceptions and impressions (usually lasting) they leave on others.

So think and think again before you perform an action because perceptions carry more weight than reality. You may never get the chance to explain or correct, even if you do, it may not have the same attention that the negative action got. You know what they say about negative things spreading faster than the positives right?

Do you agree that perceptions are more important than reality? Share your thoughts in the comments section below.