GAMES TO PLAY WITH YOUR FAMILY AT CHRISTMAS 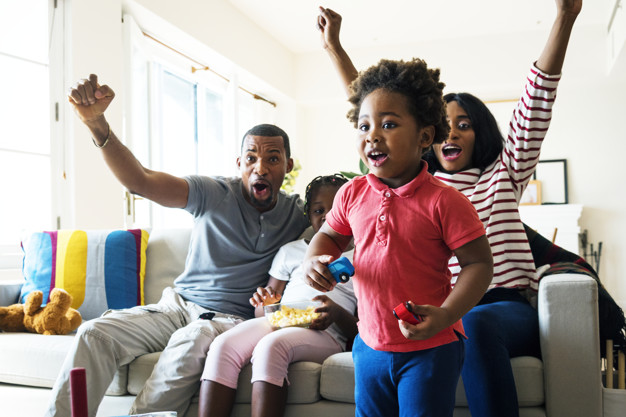 For some families, the Christmas and New Year season can be hectic; from the shopping stage to the cooking, cleaning and giving and receiving of gifts.

However, right after food has been served and cleaning is done, there is usually the challenge of what to do next to keep the family entertained or entertain guests and keep the spirit of the season going. The first option for most people is to see a movie, which is cool but overly done. Why not try playing some games together? If you are willing to give it a try but you do not know which games are interesting, easy to learn/ play, promotes togetherness and teaches unknowingly, then this article is meant for you.

These 5 online and Traditional Ghanaian Games are recommended.

WORD MASTER: an innovative version of the traditional “Crosswords” board puzzle where the objective is to form as many real words as possible based on a scrambled 6-letter word. This game can be played with others offline and online.

PUSH’EM ALL: Push them hard! Trace your way to the end of the level and push the enemies with your stick on the way! Move your character and make all the enemies fall down.

EPISODE: The Episode app is a mobile storytelling network and platform. Episode features interactive Hollywood-caliber stories built from the ground up for mobile; not the passive entertainment of TV and movies. In Episode, your choices decide the path of your story

8 BALL POOL: Eight-ball is played with cue sticks and sixteen balls: a cue ball, and fifteen object balls consisting of seven striped balls, seven solid-coloured balls and the black 8 ball. After the balls are scattered with a break shot, the players are assigned either the group of solid balls or the stripes once a ball from a particular group is legally pocketed. The ultimate object of the game is to legally pocket the eight ball in a called pocket, which can only be done after all of the balls from a player’s assigned group have been cleared from the table. There are various different rules in the game for example if a player takes the final shot and putts the 8 ball and white ball at the same time the other player wins the game.

OWARE: To play, one needs an oware board and seeds with two players. A typical oware board has two straight rows of six pits where each player controls the rows on their side of the board.  SPAR: Spar is usually played by 2, 3 or 4 players, but it is possible for up to 7 people to play. The game uses 35 cards from a standard international 52-card pack, the cards of each suit ranking from high to low: A, K, Q, J, 10, 9, 8, 7, 6, but the Ace of Spades is normally not used, so the highest card in that suit is the King.

Preparing Children For School
NaCCA orders withdrawal of unapproved textbooks
What is the Affirmative Action Bill?
AN EYE FOR AN EYE ONLY MAKES US BLIND!
SUSTAINING CREATIVITY IN CHILDREN
Importance of Sex Education at Home
INTERNATIONAL DAY FOR THE ABOLITION OF SLAVERY AND FORCED CHILD LABOR IN GHANA
Celebrating World Television Day
I LOVE TO WRITE ESSAY COMPETITION
HIGH SCHOOL CLIQUES; PROS AND CONS OF THE ARGUMENT

0 responses on "GAMES TO PLAY WITH YOUR FAMILY AT CHRISTMAS"