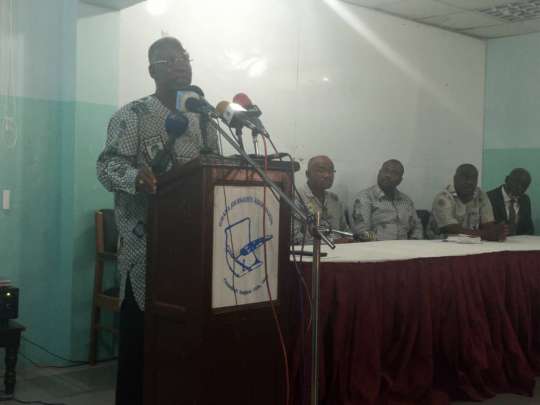 The steps, he said followed an alleged involvement of the Headmaster, Mr William Kusi-Yeboah in unlawful admission of students and collection of wrongful monies from students under the free Senior High School (SHS) programme.

A similar action was taken against the Headmaster of the Nandom SHS in the Upper West Region, Mr Joachim Naah, over same alleged misconduct.

According to Mr Yankah, news making the rounds indicated that the Central Regional Director of Education was asked to assume temporal responsibility for the management of the College.

Mr Yankah who said this at a news conference organised by the Association in Accra on Tuesday said: “We do not dispute the authority of the Ghana Education Service to discipline an employee, but we are concerned with the way the issue has been handled”.

The President noted that it was not the first time the Headmaster was queried and there had been no reference of the Headmaster’s conduct to the Board of Directors.

He said there was an administrative lapse and inappropriate handling of the issue by the GES and gave the assurance that, the Association was willing to cooperate with the GES on its investigation process on the issue.
“We hope that the final determination will be in the best interest of educational administration in the country,” he said.