GES TO EMPLOY ONLY DEGREE HOLDERS FROM 2022 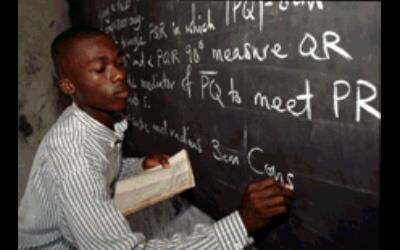 The Ghana Education Service (GES) has said that starting from 2022 the entry point for all teachers who wish to seek employment with GES must have a minimum qualification of a first degree.

The Deputy Director-General in charge of Management Services, Mr Anthony Boateng, announced this when he briefed journalists on some major reforms being implemented by the management of education at a workshop for selected journalists at Larteh in the Akwapim North Municipality in the Eastern Region.

He explained that those who were already in the system with the diploma certificates would remain at post and upgraded themselves.

“Surely, there will be some who basically might not want to upgrade themselves to be first degree holders. They will not be sacked. The opportunity will be there for them to gradually phase out in the service.

“What it means is that no new diploma holder will be employed and those already in with the diploma will be assisted to either upgrade or be phased out,” he said.

Speaking on teachers who upgraded themselves without the approval of the service, he said the original position of the GES was that since they went to the school without approval, “we will not upgrade them.”

“But upon some petitions, especially from the unions and other stakeholders, this position is being reviewed to look at what happens, since ultimately we want every entry point to be a first degree,” Mr Boateng told the journalists.

He hinted that “should we come to the point that we have to recognise them, we will consider the programme or course you have undertaken and its relevance to the work you do.”

0 responses on "GES TO EMPLOY ONLY DEGREE HOLDERS FROM 2022"