GES to Reduce Number of Subjects in Basic Schools 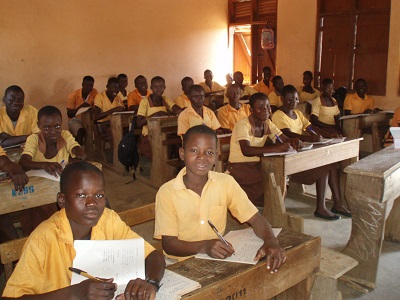 From next academic year, basic schools in Ghana could study a less number of subjects. This was said by the Ghana Education Service.

The National Council for Curriculum and Assessment (NCCA) has been tasked to carry out the review with a view to reducing the number of subjects.

The review of the subjects would be done at the kindergarten, primary and the junior high school (JHS) level.

If implemented, it means that the number of subjects final-year junior high school (JHS) students who write at the Basic Education Certificate Examination (BECE), would also reduce.

“The NCCA has been tasked to review the number of subjects, the content and the structure of basic school curriculum. It is as a result of this that the proposal to reduce the subjects has been based on,” the Chairman of the Ghana Education Service (GES) Council, Mr Michael Nsowah, in an interview with graphic.com.gh.

He said after the basic school level, the exercise would be extended to the senior high school level, especially with regard to the elective subjects.

“The proposal is certain; we are going to reduce the number of subjects, content, and everything. For now, we have not come to the definite numbers but certainly, they would be reduced. With this, the examinable subjects at the BECE would also reduce,” he said.

The rationale behind the reduction of the subjects, Mr Nsowah said, was the realization that too many subjects were being studied and examined at the basic educational level for children.

“Why do we think that children must learn all these subjects before they enter secondary school? In fact, there are certain knowledge areas which must wait until a child is mature so that they would be able to absorb the technicalities of those knowledge areas better,” he said.

He said there was the need to identify key knowledge areas that were important in the lives of children because when those areas were firmly established, they would be familiar with them as they grew up.

In reducing the subjects, he said some aspects of certain subjects would be consolidated with others.

“I know some people complain that the GES is going to do away with some subject areas. We are not throwing away anything, we would consolidate some knowledge areas that are relevant and worthwhile,” he explained.

He said the National Council for Curriculum and Assessment (NCCA), which was tasked to carry out a review of the subjects, was currently working hard to execute the task the Ministry of Education had requested them to perform.

The NCCA is one of the three bodies established under the Education Act 778 (2008), as part of efforts to ensuring greater efficiency and strategic management of education delivery in the country.

It was set up to handle the process of determining the goals, aims and structure of courses at the various levels of pre-tertiary education.