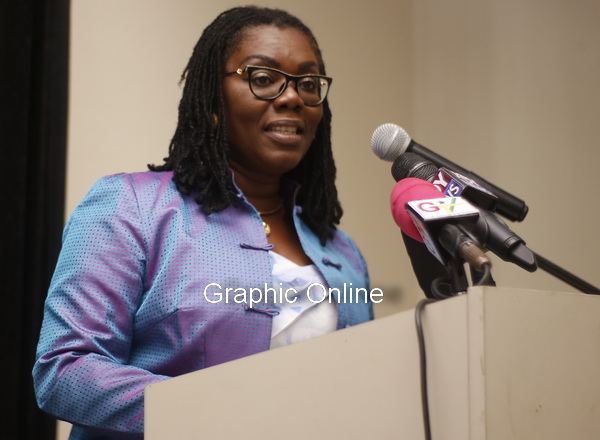 The Minister of Communications, Mrs Ursula Owusu-Ekuful, has announced that Ghana would soon criminalize the sharing of inappropriate content on social media platforms.

Addressing stakeholders on the second day of the National week celebration of the Cyber Security Awareness Month 2019 at the Kofi Annan International Peacekeeping Training Centre (KAIPTC) in Accra, Mrs Owusu-Ekuful cited sexual images as an example of inappropriate content, adding that all should comply with the domestic laws, when passed, to avoid being penalized.

The Minister said there would be sufficient provision in the law to protect children/adolescents from online abuse.

She, therefore, called on the public to be wary of such messages, delete as soon as they received them, and avoid passing them on.

“The Ministry is working with the Attorney General, and Ministry of Gender, Children and Social Protection, among others to come up with the framework on child online development and welfare within the shortest possible time,” she said.

Mrs Owusu-Ekuful explained that most children had become active users of the internet for learning but are unfortunately facing a lot of challenges, which affects their human rights and, therefore, the need to protect them.

She said most of the laws of Ghana were enacted before child online protection came up, as a result, sufficient laws should be put in place to protect children being abused on the internet.

“Government has increased awareness among children across all the regions and by the end of October, 40 schools would have been reached,” she said adding that cybersecurity policy would be reviewed to meet international standards.