Ghanaians cautioned on outbreak of listeriosis in South Africa 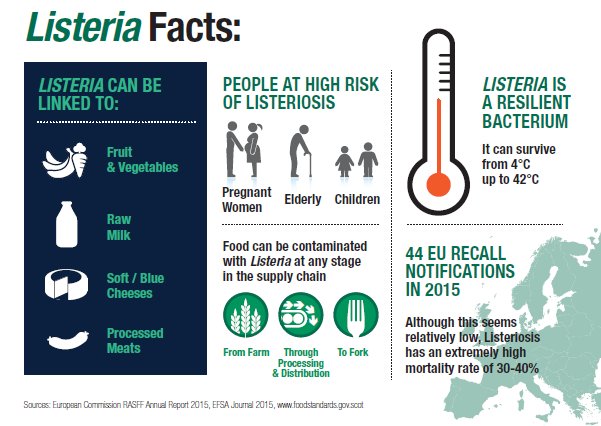 The Food and Drugs Authority (FDA) is cautioning the general public of an outbreak of Listeriosis, a disease linked to ready-to-eat processed meat in South Africa. The authority is therefore notifying Ghanaians to avoid ready-to-eat meat products from South Africa, to reduce the risk of Listeriosis in the country. The FDA has also increased its market surveillance and monitoring of meat products imported from South Africa into the country.

This was contained in a public notice from the Food and Drug Authority signed by Mrs Delese A. A. Darko, Chief Executive Officer of the FDA.

Listeriosis is a foodborne illness caused by Listeria monocytogenes bacteria found in the environment. The bacteria survives with or without oxygen. Thus Listeria, unlike other germs, is able to survive and multiply in the cold temperature of a refrigerator. It is commonly found in water, soil, vegetation and faeces of some animals.

With an incubation period of 6 hours to 70 days, the symptoms of Listeriosis include fever, aches, nausea diarrhea, headache, stiff neck, confusion, and loss of balance and in pregnant women, flu-like illness.

The FDA is asking Ghanaians to report to them when they see any products from Enterprise Foods and Polokwane, South Africa (a subsidiary of the Tiger Brands Company) found on the Ghanaian market.

Reports can be made through the following numbers and social media platforms: