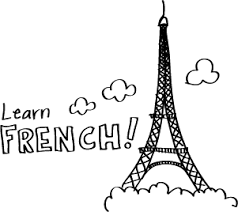 Dr Matthew Opoku Prempeh, the Minister of Education, has reiterated the need for Ghanaians to learn to speak the French Language so as to facilitate integration into the francophone community for mutual interest.

He said the mutual interest include building bridges over the cultural and linguistic diversity of citizens, pursuing values that were cherished by all such as democracy, rule of law and peace and solidarity.

Dr Opoku Prempeh said this in Accra at the opening ceremony of the Francophonie Festival 2019, on the theme: “Say it in French…Please”.

The term ‘Francophonie’ refers to all the states and governments worldwide who share the French Language.

The International Organisation of La Francophonie, created in 1970, represents one of the biggest linguistic zones in the world.

Following the annual tradition, the Francophonie communities in Ghana including France, Canada, La Cote d’Ivoire, Burkina Faso and Togo, together with the Alliance Francais, are organising various events to mark the Festival.

Dr Opoku Prempeh said to promote French speaking in Ghana, President Nana Addo Dankwa Akufo-Addo had again appointed at the seat of Government, a focal person to coordinate activities of Francophonie in all ministries, departments and agencies.

The Minister noted that this step would go a long way to re-inforce Ghana’s participation in the programmes of the Organisation.

He said his Ministry had taken the initiative to establish bilingual schools at the basic level of education where children, beginning from class one, were made to learn French through games and play.

Madam Shirley Ayokor Botchwey, the Minister of Foreign Affairs and Regional Integration, who addressed the event in French, reiterated Ghana’s commitment to promoting the learning of the French Language.

Dr Heather Cameron, the Canadian High Commissioner to Ghana, in an interview with the Ghana News Agency (GNA), hailed Ghana for the efforts to encourage its citizens to see the opportunities that shared language offered.

She noted that it was encouraging that the Government recognised the value of Ghanaians who could speak French, saying this created new synergies to build communities and to celebrate being together.

Dr Cameron said it was worth noting that the Minister of Education and the Minister of Foreign Affairs and Regional Integration spoke about educational reforms that would give priority to the French Language and the Ghanaian education system.

He said Ghana, in late 2018, committed to becoming a full member of the La Francophonie and commended President Akufo-Addo for that decision.

Dr Eric Adja, the Director of West Africa Regional Headquarters of the International Organisation of La Francophonie, told the Ghana News Agency that Ghana was surrounded by three French speaking countries, therefore, it was appropriate to develop French as its second official language.

He said this would widen the communication skills of Ghanaians for better negotiations within the Sub-region and on the global front.

He encouraged Ghanaians, particularly students, to learn and speak the French language as it was an asset.

0 responses on "Ghanaians Urged to learn to speak French"