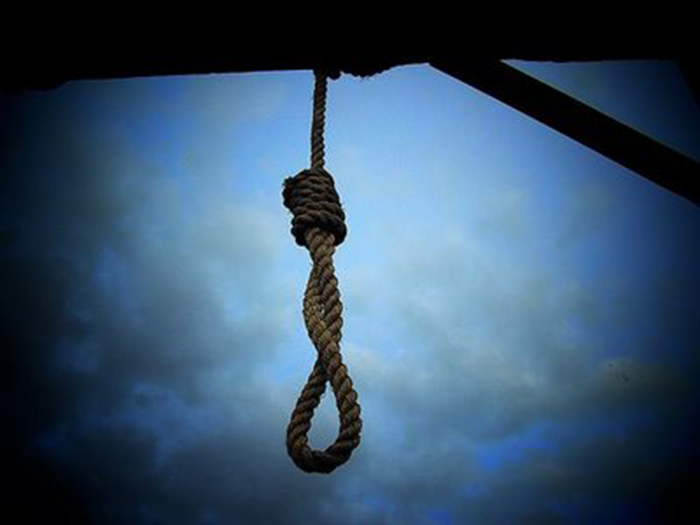 Kiraka Mugisha, a resident of Kasenge, Kyengera town council in Uganda, has perhaps experienced the worst of his life when his 16-year-old daughter whom he found making love on his bed with her boyfriend committed suicide inside his bedroom.

Trouble started when Mr Mugisha returned home on Tuesday afternoon and found his daughter Kemigisha having sex with her boyfriend on his bed. Charged by the duo’s action, he dragged his daughter and boyfriend, Kelvin Yunus Kaddu to Nsangi police station where a case of defilement was registered.

Police decided to detain Kaddu who is 18 and released Kemigisha who was described as a minor since she was under age. Kemigisha’s father decided to spend the night at his shop but was shocked on Wednesday morning when he found his daughter hanging dead in his bedroom. Shocked by what he had seen, Mugisha screamed attracting neighbours’ attention and police wasimmediately invited.“What Satan has invaded my home? What have I done to God to deserve this? What kind of curse is this? I am finished,” Mugisha reportedly shouted as he walked in a confused state around his compound.

Kampala Metropolitan police spokesperson, Luke Owoyesigyire, confirmed the crime adding that investigations into the whole incident had commenced. He confirmed that preliminary medical examinations conducted at Nsangi police station had earlier proved that Kemigisha had been defiled.

“Her father said he spent the night at his shop perhaps, he was annoyed by the daughter’s alleged action. He visited his home in the morning and was shocked to find his daughter hanging dead on a rope in his bedroom,” Mr Owoyesigyire said.

The deceased had reportedly completed her Senior Four exams last Friday at Kawempe. Details of her alleged boyfriend were still scanty by press time.

Owoyesigyire said detectives had embarked on investigations to establish all circumstances that led to Kemigisha’s hanging.

In June this year another Senior Three girl hanged herself inside her father’s house in Namungona Lubaga Division.