Good Character and Education are Inseperable 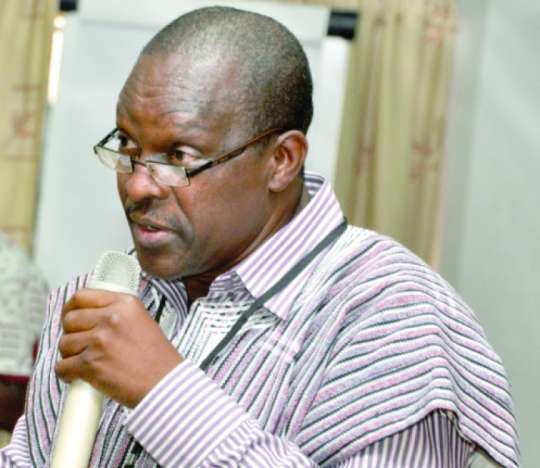 Mr Alban Sumana Kingsford Bagbin, Second Deputy Speaker of Parliament has observed that the emphasis on formal education alone as the key to life is a lopsided view that has resulted in horrible ramifications for society.

Scholarship, he agreed was important, but only important because it was needed to refine character.

“Our emphasis on education as the key over the past century has obviously been myopic and the calibre of educated people we have among us tells it all – there are so many highly educated men and women who are too dishonest – they lack character.”

In a New Year message to Ghanaians, Mr Bagbin said the reason why there were so many educated reprobates and social misfits was because character had not been emphasised.

He said a de-emphasis on formal education alone as the key to a purposeful life was urgently needed.

“We need to start drumming it home to ourselves that a good character is the first rule for success in life and good character has very important underpinnings that include; spirituality and Godliness,” Mr Bagbin said.

He said as a country, the clearest evidence that the simplistic emphasis on the acquisition of academic certificate as key to life was that Ghana even has an association of unemployed graduates.

“If education is the process of acquiring knowledge to help solve problems facing society, and one of the biggest problems facing our society is unemployment and yet our youth go to the universities and acquire degrees and return to form unemployed graduates associations, then we have gotten it wrong.

“It means we have not emphasised the right things – character to invest, positive adventurism and ultimate personal responsibility for one’s life has not been emphasised to these youth. We have given them the education, but we have messed up their characters,” Mr Bagbin said.

He reiterated that, “in addition to education, you need good character, strong moral and spiritual discipline.”

He said a former Headmaster of Tamale Secondary School, Mr Pattington once said “interviews were introduced in the Sixteenth Century as part of the process of employment to weed out the very intelligent but dishonest persons from employment.”

The Second Deputy Speaker of Parliament therefore urged the youth to go to school and build good characters for themselves as well. “After all, education is nothing, but a tool for pruning character. “He said.

0 responses on "Good Character and Education are Inseperable"