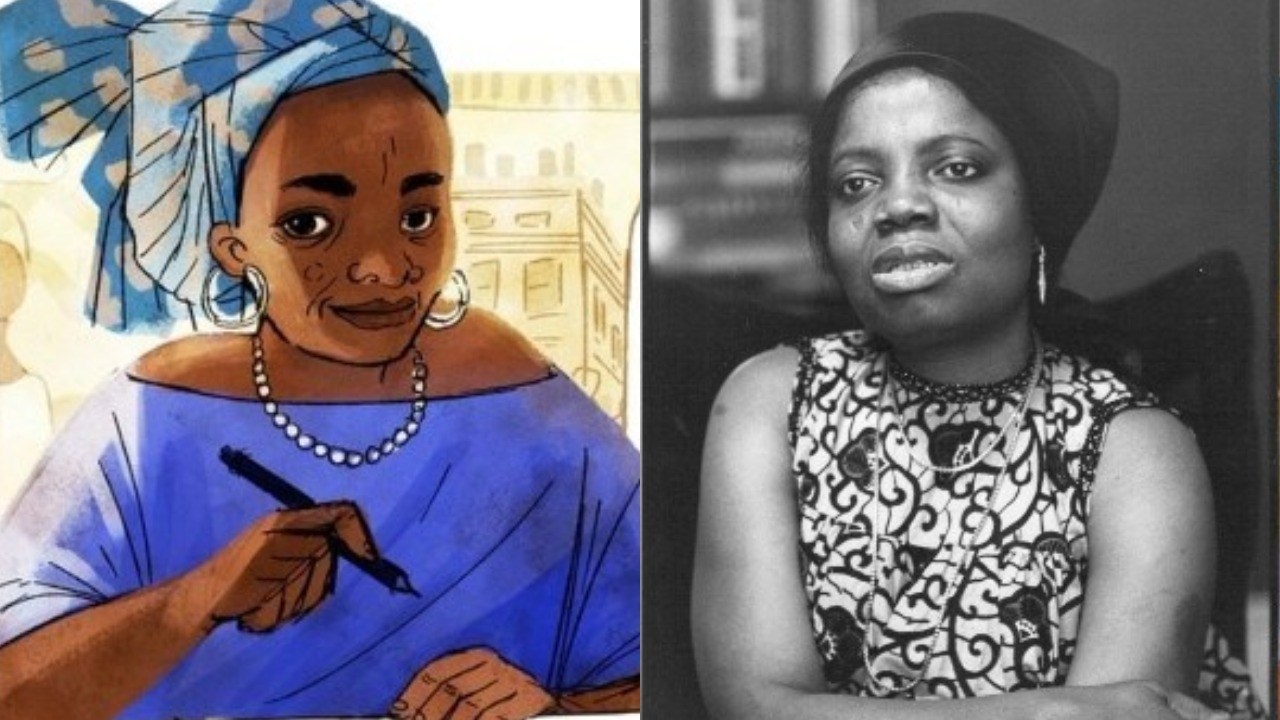 You may have noticed that on July 21st, Nigerian Novelist Buchi Emecheta was on Google’s doodle. That was in commemoration of what would have been her 75th birthday.

Who is Buchi Emecheta?
Born on 21 July 1944 in the suburbs of Lagos in Nigeria, her full name was Florence Onyebuchi “Buchi” Emecheta. She was a Nigerian-born novelist who had over 20 novels to her credit including The Joys of Motherhood, Head Above Water and Second Class Citizen.

At the age of 16, she got married and had her first daughter in the same year. By the time she turned 22, she had five children. She became a single mother after she divorced her husband due to numerous challenges in her marriage.

Her novels are mostly focused on various issues including race, gender equality, confidence and, her life as a single mother and an immigrant in the UK. Though she maintains that her work is meant to promote the liberation of women, the novelist always avoided the label of being a feminist.

Buchi Emecheta became a great writer and is often described as one of the first black women writers. In 1972, her first novel, In The Ditch was published, where she wrote about the unhappiness of a marriage, which seems to be a reflection of her marriage at the time. The novelist has also written novels such as The Bride Price, The Rape of Shavi and Head Above Water.

After years of writing, she worked as a visiting professor of English in some universities in the United States. She later worked as a resident fellow of English in Nigeria at the University of Calabar. In 2005, Buchi Emecheta was named an Officer of the British Empire.

0 responses on "Google Celebrates Nigerian-Born Novelist. Who is Buchi Emecheta?"